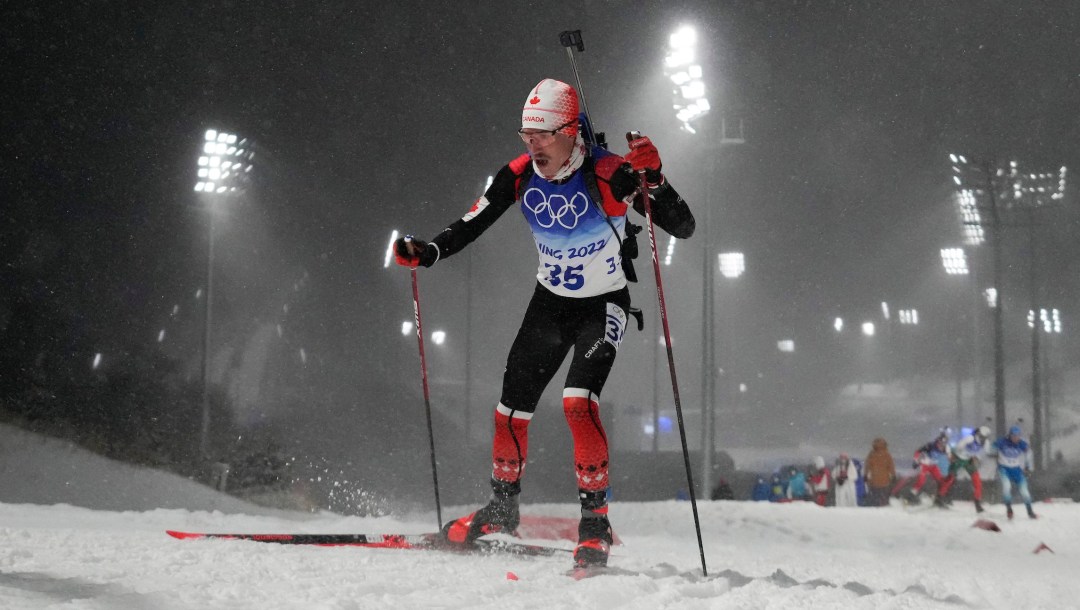 Adam Runnalls made his Olympic debut at Beijing 2022 where he was part of the men’s 4×7.5km relay team that finished sixth for Canada’s best ever Olympic result in the event. His individual highlight was cracking the top-30 in the 12.5km pursuit for his career best solo result in any elite level race.

Runnalls made his international debut at the 2016 IBU Youth World Championships where he finished fifth with the men’s relay and broke into the top-20 in two solo races. He returned to the youth worlds the following season when he also competed in his first IBU Junior Cup races.

Runnalls made his first of three straight appearances at the IBU Junior World Championships in 2018. In 2018-19, he entered his first senior international races on the IBU Cup circuit.

At his third and final world juniors in 2020, Runnall set a new high with a 19th-place finish in the 15km individual event. A few weeks later, he was on the start line at his first senior IBU World Championships, racing in the sprint and the relay. He followed that up by making his World Cup debut in Nove Mesto na Morave.

Runnalls joined the World Cup roster fulltime for 2020-21, helping the relay team to a pair of top-10 results during the season. He broke into the top-40 for the first time at a top-level IBU event when he finished 39th in the 20km individual race at the 2021 World Championships. Runnalls achieved a new solo career best when he finished 31st in a World Cup sprint in Annecy in December 2021.