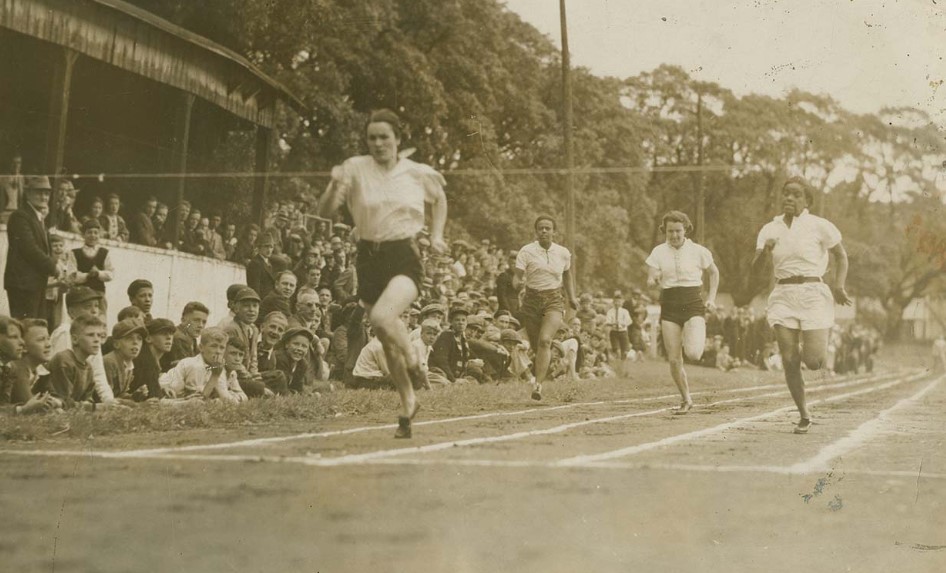 At Berlin 1936, Aileen Meagher was a member of the Canadian 4x100m relay team and along with her teammates Dorothy Brookshaw, Mildred Dolson and Hilda Cameron, won the bronze medal, after the world record holder Germans dropped the baton in the final with Adolf Hitler watching from the stands. Individually, she was eliminated in the 100m semi-finals. Forty years later, Meagher described the team’s 1936 homecoming in an interview for The Chronicle-Herald: “There wasn’t much of a welcoming. I was met at the station by my friends. The Herald and Mail gave me a bouquet of flowers … but that was about it. No fanfare.”

Born in Edmonton, Alberta the daughter of Arthur and Mary Meagher, she moved with her family to Halifax in 1917. Meagher attended the Sacred Heart School and then Dalhousie University graduating with Bachelor of Arts degree and a teaching diploma in 1933, and started teaching at St. Patrick’s Boy’s School in 1934. After retiring from sport, Meagher became an artist and a full-time teacher from 1935-69. Nicknamed “The Flying Schoolmarm” by reporters, Meagher, who ran to work most days and kept her Olympic medal on her desk, passed away in 1987 at the age of 76 as an Olympic athlete, inspiring school teacher, accomplished artist, and valiant world traveller. Her artwork is held by the Dalhousie Art Gallery and her medals are held by the Nova Scotia Sports Heritage Centre. Since 1992, the Aileen Meagher International Track Classic has been held in Halifax, an annual meet hosted by Saint Mary’s University.