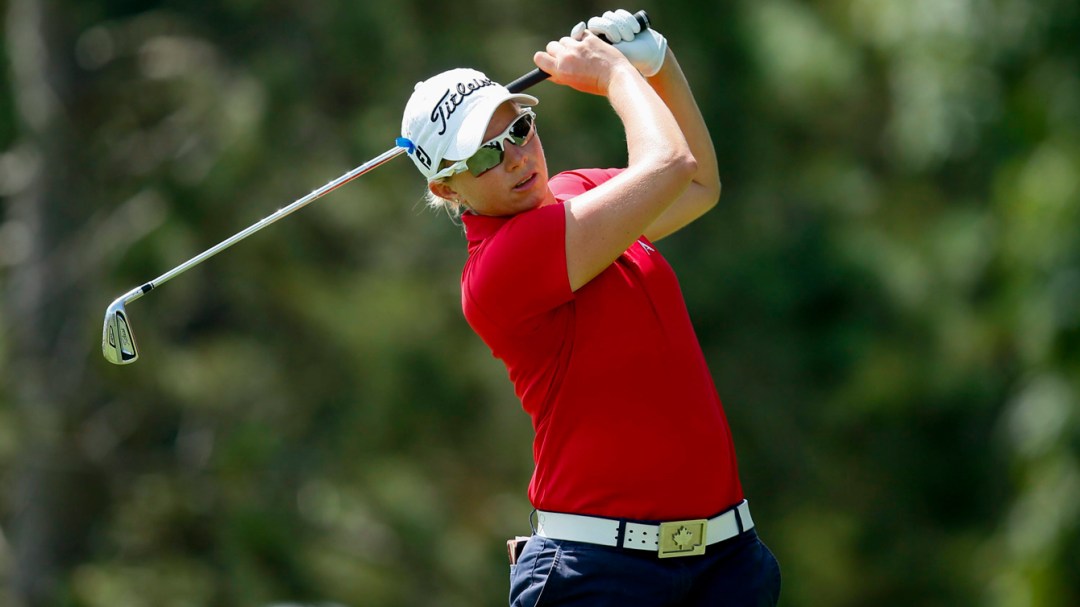 Although Alena Sharp has been playing professionally on the LPGA Tour since 2005, she enjoyed one of the best seasons of her career in 2015 when she recorded two top-10 results. It was the first time she had cracked that barrier in stroke play since 2010. She attributed her strong results to having her best year mentally after struggling with putting yips for three years. Her 2015 highlight was a career-high tie for fifth at the Blue Bay LPGA in October, following a tie for 10th at the Cambia Portland Classic in August where she helped celebrate the victory of fellow Canadian Brooke Henderson by showering her with non-alcoholic sparkling cider.

In her Olympic debut at Rio 2016, Sharp finished in the top-30. A week later, she posted a fourth-place finish at the Canadian Open, birdieing her last two holes for her career-best result in front of the home crowd. She ended the 2016 season with her best finish on the LPGA Official Money List, coming in 41st.

In 2017, she crossed the $2 million mark in career earnings and recorded a season-best fifth-place finish at the LOTTE Championship. In 2019, she earned four top-10 finishes, which included a fifth-place result at the Dow Great Lakes Bay Invitational where she and Henderson were teammates. As of June 2021, Sharp has 14 career top-10 finishes on the LPGA Tour.

Sharp had enjoyed a standout amateur career, including the 1999 Canadian Junior Championship and 1999 Ontario Ladies Championship.

During her time at New Mexico State University, Sharpe was the Sun Belt Conference Female Athlete of the Year and a NCAA First Team All-American in 2003.

A Little More About Alena

Getting into the Sport: Started playing golf at age 10… Had a passion for sports while growing up, including hockey and soccer, but at age 16 broke her finger playing soccer and couldn’t golf for a month; at that point decided to get serious about golf and try for a scholarship and pro career… Outside Interests: Enjoys mountain biking, hiking, spending time with her dogs, playing hockey, and skiing… Graduated from New Mexico State University in 2003 with a degree in Marketing… In 2006 started the Alena Sharp Charity Classic to benefit the Alzheimer’s Society of Brant-Hamilton-Halton… Also an ambassador with Golf for a Cure… Odds and Ends: Always in her golf bag: iPod, peanut butter and jelly sandwich, banana, Canadian coins… Tries to wear red and white in final rounds for a Canadian presence… Usually marks her ball with a Canadian quarter that has a poppy and always carries a loonie with the Olympic rings on it… Mentored by World Golf Hall of Famer Marlene Streit… Married her caddie Sarah Bowman in November 2020…