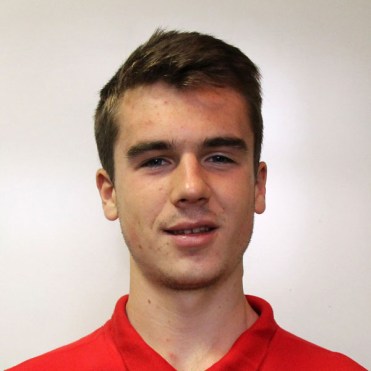 Alexander Comsia currently plays with Racing Club Strasbourg B in France after having been a member of the Vancouver Whitecaps FC Residency until 2014. He has represented Canada on three separate occasions: 2013 CONCACAF Under-17 Championship, 2013 FIFA Under-17 World Cup, 2015 CONCACAF Under-20 Championship. In each tournament he started every game and was never subbed off.

Family: Parents Catalin and Mylene Comsia… Younger sister Eleanor… Younger brothers Julian, Max, and Danny… Getting into the Sport: Started playing at age 4… Outside Interests: Enjoys reading, working out, listening to music, spending time with family and friends… Odds and Ends: Favourite quote: “I have failed over and over and over in my life, and that is why I succeed” – Michael Jordan … Inspired by Ronaldinho for his pure passion and love for the game… Nickname: Alex…