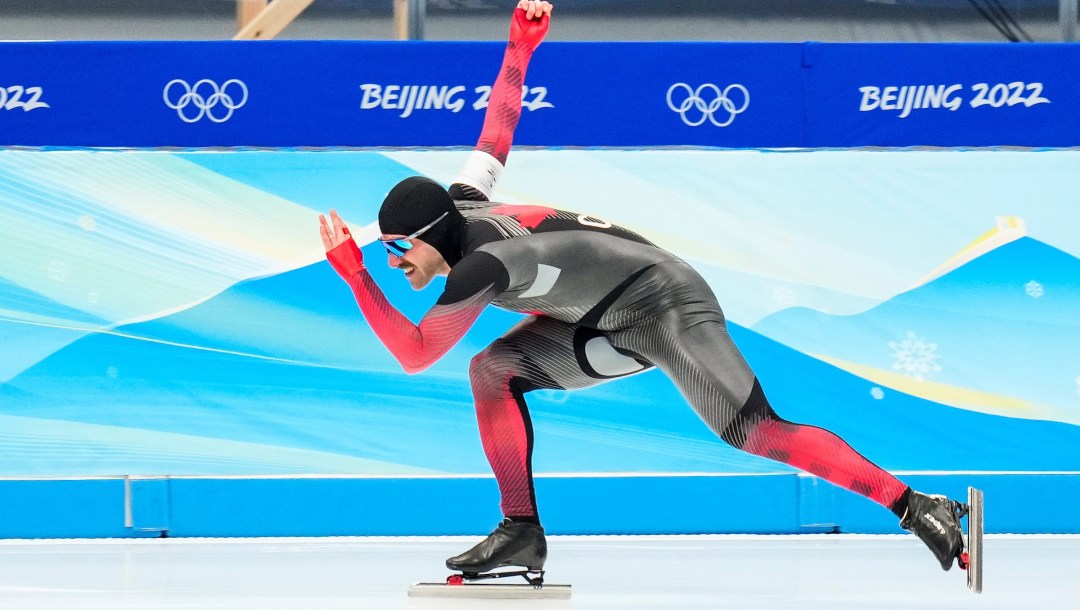 Antoine Gélinas-Beaulieu achieved the greatest result of his career at the 2020 World Single Distances Championships where he won bronze in the mass start, sharing the podium with silver medallist teammate Jordan Belchos. It was a high mark in a career that had included great success as a junior in both short track and long track before he spent four years away from the ice completely and then returned stronger than ever.

Gélinas-Beaulieu first represented Canada internationally at the 2009 World Junior Short Track Championships where he finished fourth overall. In 2010, he competed at the junior worlds for both short track and long track. In short track, he won the overall silver medal and finished second in the 500m, 1000m, and 1500m super final as well as in the 3000m relay. A couple months later, he skated to an overall bronze medal in long track while finishing third in the 1500m and 5000m.

But after winning four gold medals for Team Quebec at the 2011 Canada Winter Games, Gélinas-Beaulieu realized he was suffering from overtraining and was experiencing burnout with its accompanying depression and extreme fatigue. It stemmed from a toxic relationship with a coach prone to intimidation and abuse. Gélinas-Beaulieu had spent two years trying to overcome it before stepping step away from speed skating altogether.

For four years, he tried to find new passions, such as travelling around Asia and working on the camera crew for a movie. But he still wasn’t fully satisfied and decided to make a comeback to speed skating, this time with the right approach and for the right reasons.

At the 2020 World Single Distances, in addition to his mass start bronze, Gélinas-Beaulieu placed seventh in the 1500m and ninth in the 1000m. Concerned about COVID-19, as someone who had struggled with asthma since he was young, Gélinas-Beaulieu opted not to compete in the two World Cups and World Single Distances Championships held in a bubble in Heerenveen in January and February 2021. He returned to the World Cup team in the fall of 2021.

Getting into the Sport: Started skating at age 9… Went to a demo at a local club where he and his dad were the only attendees and loved it… Had been playing hockey but couldn’t score and wasn’t interested in doing anything but skating fast… Has wanted to represent Canada since watching Salt Lake City 2002… Outside Interests: Graduated from Laval University with a certificate in Film Studies… Would like to pursue a career in media… During the season, enjoys activities that calm him, such as playing piano, drawing, playing card games, making pottery… In the off-season prefers unicycling, kayaking, running trails…  Odds and Ends: Has three separate playlists that he chooses during the offseason to either pump him up, help keep his energy level the same, or calm him down…