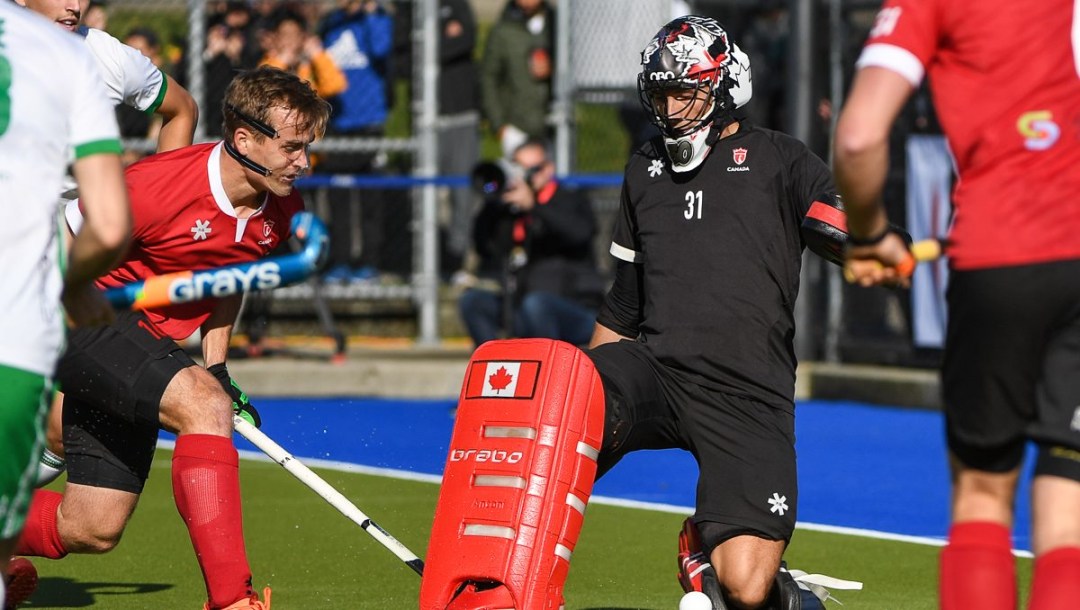 Goalkeeper Antoni Kindler made his senior debut in 2008 and went on to help Canada win its first ever gold medal at the Pan American Cup in 2009. The next year, he made his first of two appearances at the Commonwealth Games at Delhi 2010, where Canada would finish seventh. He also competed eight years later at Gold Coast 2018.

Kindler was the starting goalie for Canada in the gold medal match at the Guadalajara 2011 Pan Am Games, where they came home with silver. His next major tournament was the 2013 FIH World League. Kindler also took home silver at the 2013 Pan Am Cup but suffered a concussion at the end of the year that kept him sidelined for some time. Kindler was selected as a travelling alternate for Rio 2016 but did not get to compete.

He played a starring role in net in Canada’s 3-2 win over India in the 2017 FIH World League semifinal. The win, their first over India since 1998, helped Canada reach the World League Final for the first time and secured their spot for the 2018 FIH World Cup. Kindler made his World Cup debut during Canada’s 2-1 group stage loss to Belgium.

In 2019, Kindler was the starting goalie for Team Canada’s 3-2 win in the FIH Series Finals over hosts Malaysia, advancing the team to the Olympic Qualifiers in the fall of 2019. They secured their Tokyo 2020 berth by defeating Ireland in a shootout at the qualifying tournament in Vancouver. In his Olympic debut, Kindler started all five of Canada’s games in goal.

A Little More About Antoni

Outside Interests: Graduated from the University of British Columbia in 2011 with a degree in kinesiology…

Benjamin Martin has more than 90 senior national caps since making his debut in 2009. That year he helped Canada...