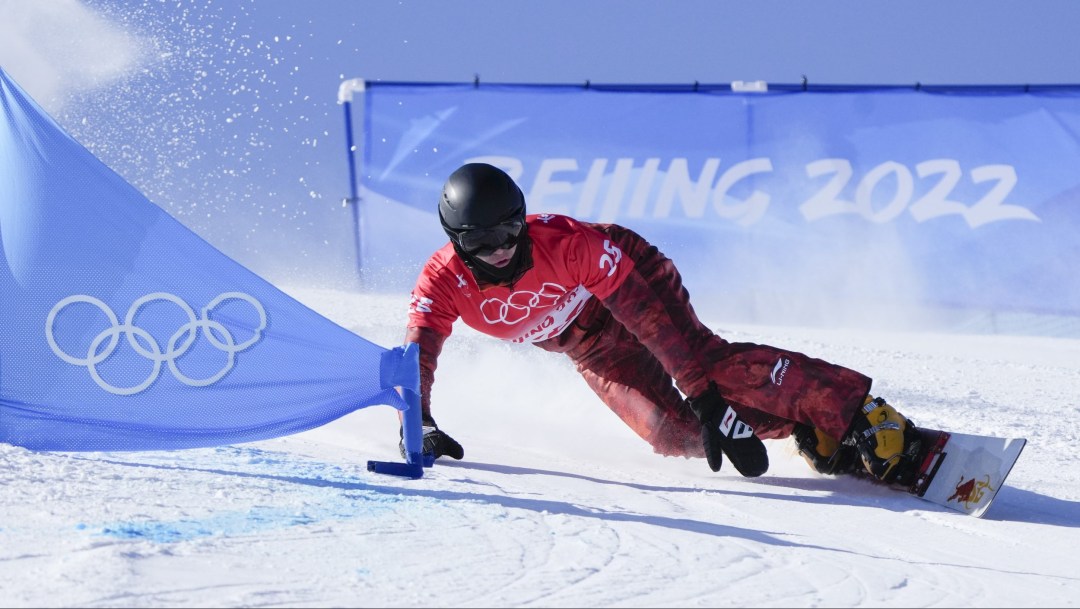 Gaudet won three straight overall parallel snowboard titles on the Nor-Am Cup circuit in from 2018 to 2020. He had started competing on the Nor-Am circuit during the 2015-16 season and earned his first victory at the start of the following season. In his first title-winning season, he reached the podium in the first five events. In 2018-19, he didn’t miss a single Nor-Am Cup podium in eight races. He recorded five victories in 2019-20.

Gaudet competed in his first World Cup events in the second half of the 2016-17 season. He recorded his career best result in January 2021 when he finished sixth in a PSL race in Moscow. Gaudet has also competed in European Cup events, earning his first podium in Davos, Switzerland in January 2021 when he finished third in PSL.

After making his Olympic debut at Beijing 2022, Gaudet capped the season by winning another overall Nor-Am Cup title. He earned four more victories to bring his career total on the circuit to 16.

Before his podium performance in 2020, Gaudet had competed at four prior Junior World Championships. In 2019, he had finished fifth in both PGS and PSL.

A Little More About Arnaud

Getting into the Sport: Started snowboarding at age 3 with his dad and brothers and began competing at age 9… Outside Interests: Enjoys working in the woods with his father, skateboarding, and doing motocross…