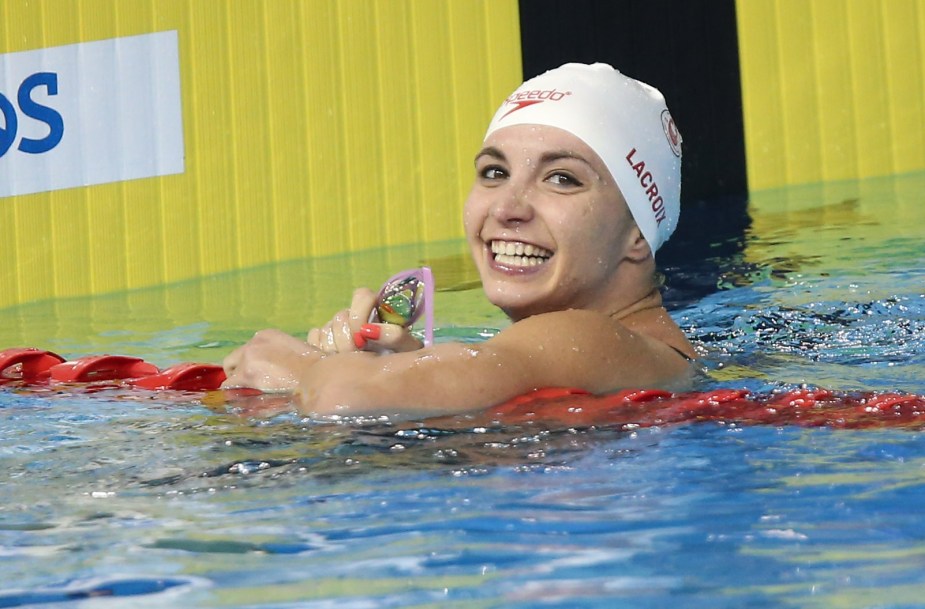 Audrey Lacroix is the longest-standing member of the national swimming team, having made her FINA World Championship debut in 2001. That was the first of her Canadian-record seven FINA World Championship appearances. She posted her best result, fifth place, in her specialty, the 200m butterfly, in 2007. She also reached the final of the 200m butterfly at the 2009 Worlds, setting the Canadian record in the process. In her first Pan Am Games appearance in 2003, Lacroix won four medals (her first in a major international meet), including gold in the 200m butterfly. She added another Pan Am Games gold medal 12 years later at Toronto 2015. She has also competed in four Commonwealth Games, picking up six medals, including gold in the 200m butterfly at Glasgow 2014. Diagnosed with an anxiety disorder in 2011, Lacroix considered leaving swimming behind but now encourages others to speak up if they are struggling with their mental health. At Rio 2016 Lacroix advanced to the semifinals of the 200m butterfly for the third straight Olympic Games.

Family: Father Jean Lacroix, mother Claudine Lesage… Younger sister Maude… Getting into the Sport: Started swimming at 6 months old at a Red Cross learn-to-swim program… Started racing at age 5… Inspired by Mark Tewksbury’s 1992 Olympic gold medal… Outside Interests: Graduated from Université de Montréal in 2009 (Communications and Politics)… Graduated from UQAM-Téluq in 2013 (Certificate in Administration)… Graduated from École ProMédia in 2015 (Broadcast Journalism)… Wants to work in media or public relations and maybe write a book about the sport… Enjoys reading, watching TV, and following fashion… Affiliated with Right to Play…