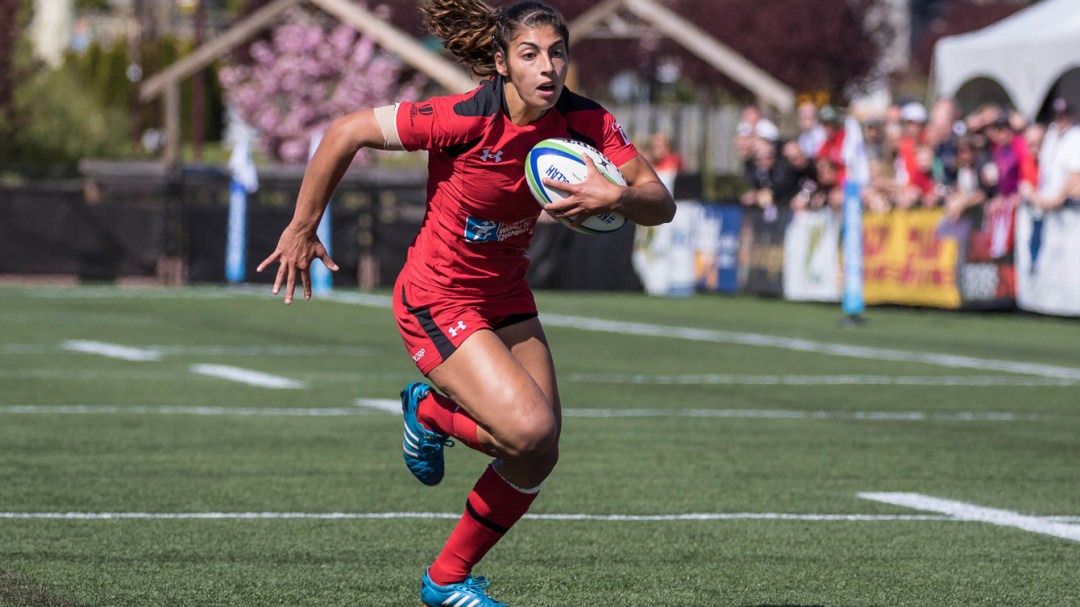 Bianca Farella had a memorable year in 2012. She was named CIS Women’s Rugby Rookie of the Year after scoring 12 tries in six matches for Concordia University and also received her first cap with Canada’s Women’s Sevens Team when she was named to the roster competing at the Las Vegas Sevens.

After just one year with the national team, she was part of the squad that won silver at the 2013 World Cup Sevens. Now a mainstay on Canada’s Women’s Sevens Team, Farella has proven to be one of the world’s best scorers. After her 11 tries in the inaugural World Rugby Women’s Sevens World Series in 2012-13, she recorded 25 tries in 2013-14, including a tournament-high eight at the Brazil Sevens.

In 2014, Farella captained the Canadian team that won gold at the 6th World University Championship in Brazil. Initially named to the Canadian roster for the 2015 Pan Am Games in Toronto, Farella was forced to miss the tournament to undergo shoulder surgery. She wouldn’t return from injury until the second leg of the 2015-16 WSWS in Sao Paulo. That summer, she was part of Canada’s bronze medal in the first ever Olympic women’s rugby tournament at Rio 2016. She contributed 30 points on six tries, making her the second-highest scorer on Team Canada.

Farella is just the second woman ever to score 150 career tries on the World Rugby Sevens Series. Through the 2019-20 season she is fifth all-time in points scored (765), second all-time in tries (153), and third all-time in matches played (208).

A Little More About Bianca

Getting into the Sport: Started playing rugby at age 13 because she wanted to try a new sport… The only other spring sports at her high school were badminton and tennis but she prefers team sports… Joined the national team at age 19… Outside Interests: Completed one year at Concordia University before moving to B.C. to centralize with the national team… Plans to finish her Bachelor of Science in Psychology after her rugby career is done and apply to medical school…  Started mountain biking during the pandemic… Tries to make her life as environmentally sustainable as possible…  Supports KidSport… Odds and Ends: Nickname: B… Always listens to music and meditates before games… Favourite mottoes: We’ve got this! / Impress yourself…