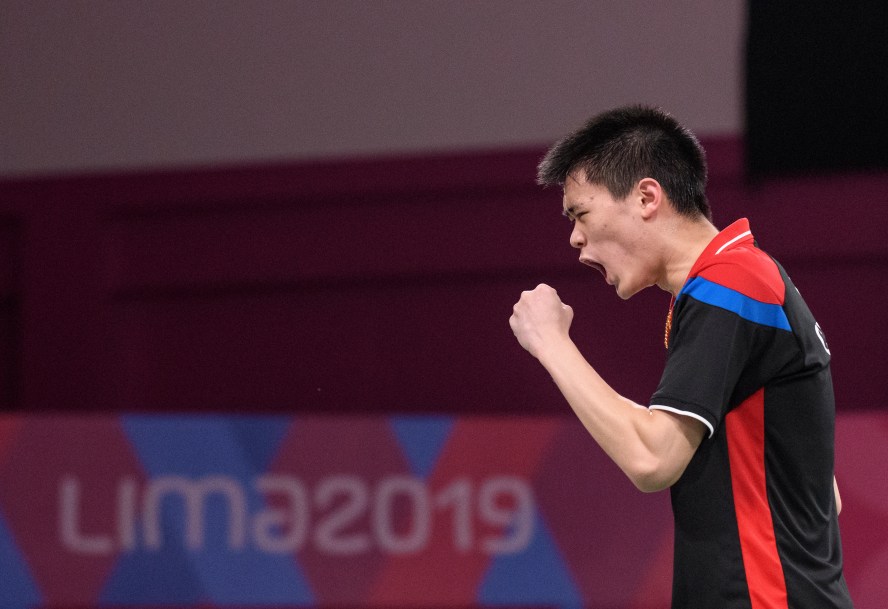 Yang had a breakout performance at the 2016 Junior Pan American Championships where he won four gold medals. He has since won five more gold medals at the Junior Pan Am Championships, including two in 2019 in Moncton, when he won the singles and boys’ doubles and added a silver in mixed doubles.

Yang has competed at four World Junior Championships, advancing to the Round of 32 in singles three times (2017, 2018, 2019) and mixed doubles twice (2016, 2018). Yang represented Canada at the Buenos Aires 2018 Youth Olympic Games, winning gold as part of Team Alpha in the mixed team relay event. In 2018, he competed in his first major events as a senior, the Commonwealth Games in Gold Coast, Australia and the Pan American Championships.

Yang represented Canada at the Lima 2019 Pan Am Games where he won singles silver. He won three International Series titles in 2019, defeating Guatemalan Kevin Cordon in the finals of the Peru International, the Santo Domingo Open, and the Suriname International. The Suriname International was the site of a career highlight in 2017, when he fought through the qualification draw and all the way to the final before taking the title in his first senior BWF tournament while still just 15.

In the shortened 2020 season, Yang earned a career-best finish in a BWF Tour stop, reaching the semifinals of the Saarlorlux Open, a Super 100 event. In 2021, Yang won singles gold at the Pan American Championships. He made his Olympic debut at Tokyo 2020.

Getting into the Sport: Started badminton training when he was eight… Played in his first tournament before he started formal badminton training and didn’t really know the rules… Knew he wanted to represent Canada while watching Vancouver 2010… Outside Interests: Enjoys playing video games… Studying kinesiology with the goal of becoming an athletic therapist… Odds and Ends: Favourite quote: “I’ve missed more than 9000 shots in my career. I’ve lost almost 300 games. 26 times, I’ve been trusted to take the game winning shot and missed. I’ve failed over and over again in my life. And that is why I succeed.” -Michael Jordan… Inspired by Malaysian legend Lee Chong Wei for his work ethic on and off the court as well as his humble attitude…