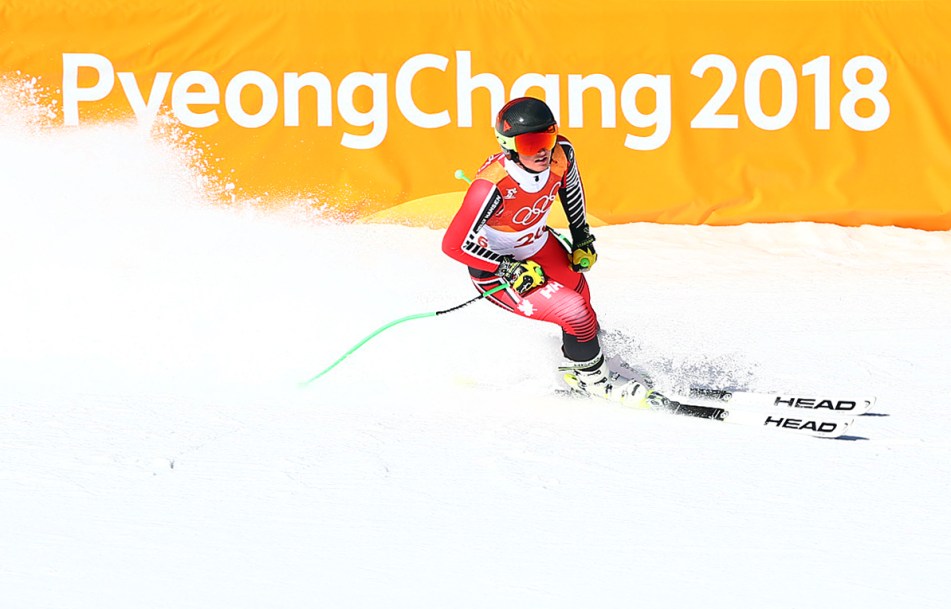 Broderick Thompson earned his first career World Cup podium in December 2021 when he finished third in the super-G in Beaver Creek, Colorado. He had come out of the 35th start position to become the first Canadian man to stand on a World Cup alpine podium in more than four years.

It was the high mark in his comeback from a devastating knee injury. In November 2018, while training for the first World Cup downhill of the season, Thompson crashed and ruptured his patella tendon and fully tore his ACL, MCL and LCL. He underwent surgery the next day, but the rehab process kept him out of competition for two seasons. He returned to the World Cup circuit in December 2020. In February 2021, he competed at his first senior FIS World Championships, highlighted by an 11th place finish in the alpine combined.

Thompson’s first standout season had been in 2014-15 when he finished first in the Nor-Am Cup super-G standings. He also made his World Cup debut and earned his first World Cup points in the alpine combined in Wengen, Switzerland in January.

Towards the end of the 2016-17 season, Thompson crashed in the downhill at a World Cup stop in Kvitfjell, Norway in February. He tore his LCL and sprained both MCLs. Luckily, he avoided needing surgery, instead undergoing intense physical therapy. He was ready to compete at the start of the 2017-18 season and posted his then-career-best result in December when he finished eighth in the alpine combined in Bormio, Italy. He made his Olympic debut at PyeongChang 2018 where he competed in the super-G, downhill, and alpine combined. His second Olympic appearance at Beijing 2022, was highlighted by an eighth-place finish in the alpine combined.

A Little More About Broderick

Getting into the Sport: Started skiing from the time he could walk; began competing at age 11… Inspired by Terry Fox, who showed the grit and determination and patience that he aspires to… Outside Interests: Ambassador for the Whistler Old School Initiative… Avid fly fisherman and dirt road driver in his Toyota Tacoma… Loves baseball and water sports on the lake… Odds and Ends: Favourite motto: “A winner never quits and a quitter never wins”… Older sister Marielle is the 2014 Olympic champion in women’s ski cross… Started collecting pins at PyeongChang 2018…