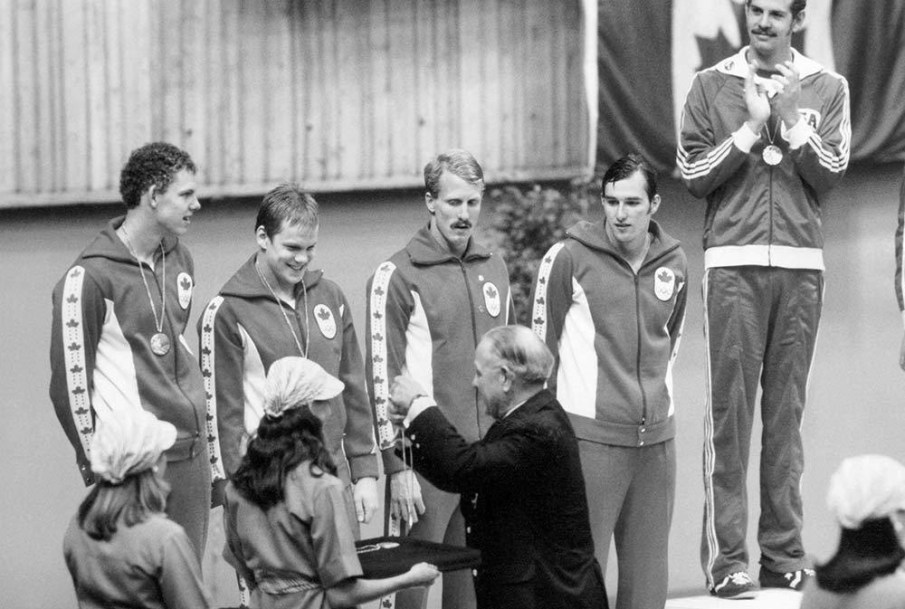 In his first major international competition at Munich 1972, Canadian swimmer Bruce Robertson was entered in seven events. He won a silver medal in the 100m butterfly behind American phenom Mark Spitz. As a member of the 4x100m medley relay, Robertson won a bronze medal with Erik Fish, Bob Kasting and Bill Mahony (with Bill Kennedy swimming in the heats). He finished fifth in the 4x100m freestyle relay, seventh in the 4x200m freestyle relay and was eliminated in the heats of the 100m, 200m and 400m freestyle. At Montréal 1976, which was his last international competition, Robertson swam in the morning heats for the 4x100m medley relay and was replaced by Clay Evans for the final, with Canada winning a silver medal. Individually, he was eliminated in the first round of 100m freestyle and the semi-finals of the 100m butterfly.

Robertson started swimming at the age of five, joined the Canadian Dolphin Swim Club in 1969 under the direction of coach Deryk Snelling, and was a member of the national team by 1971. Retiring from competitive swimming in 1977, Robertson returned to Simon Fraser University in Burnaby, British Columbia and swam on the varsity team, also earning a Bachelor of General Studies in 1977. Professionally, he became a certified chartered accountant and was an independent consultant providing strategic advice to public and private sector organizations. Settling in Manotick, Ontario, Robertson swam at the master’s level and remained involved in sports administration with Commonwealth Games Canada and as Vice President of the Commonwealth Games Federation.