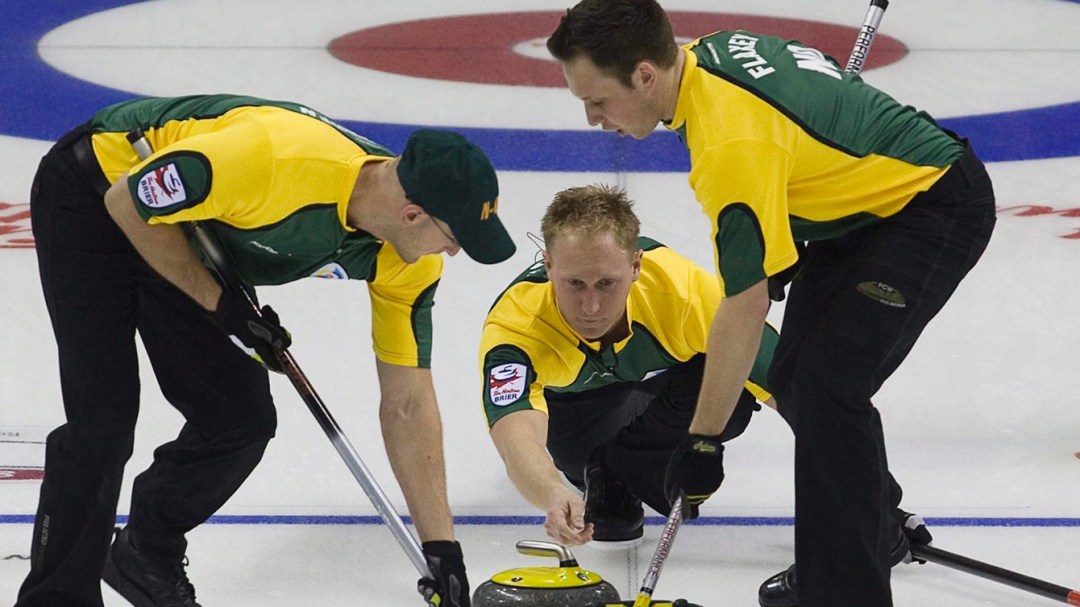 Caleb Flaxey was the fifth on the team skipped by Brad Jacobs that at Sochi 2014 won Canada’s third straight Olympic gold medal in men’s curling. Flaxey did not see any game action, but did get to stand atop the podium. The team posted a 7-2 round robin record in Sochi, before defeating China 10-6 in the semifinal and Great Britain 9-3 in the final.

Flaxey had been the lead on the Northern Ontario team that included brothers E.J. and Ryan Harnden that competed at the 2008 Brier. He also played lead at the 2010 Brier after Jacobs had taken over the skipping duties.

Despite their national and international success, Team Jacobs was not directly qualified to the Roar of the Rings Canadian Curling Trials. They had to go through the Road to the Roar pre-trials bonspiel, from which they were the very last qualifiers for the trials. The team went on to post a perfect 7-0 record in round robin play at the Roar of the Rings, giving them a bye to the final where they beat Team John Morris 7-4.