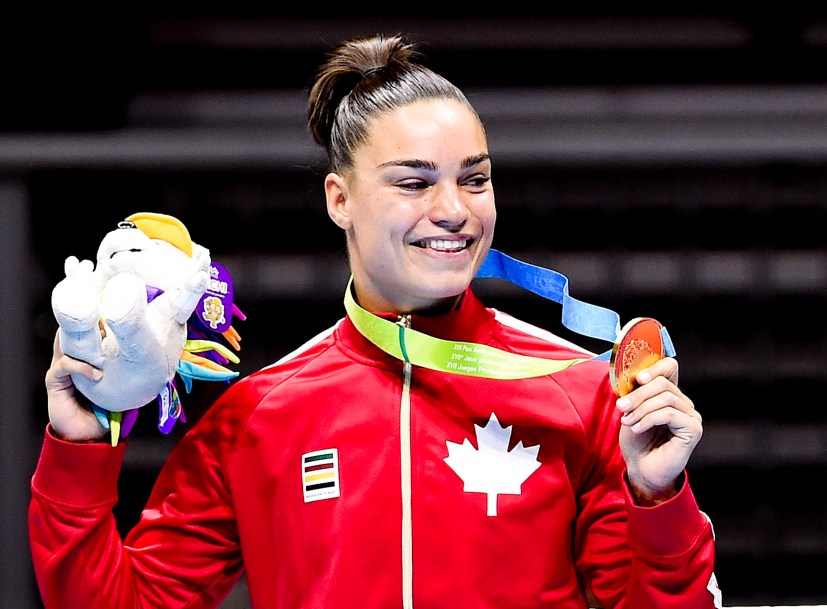 At her very first Canadian championships in 2009, Caroline Veyre found herself on the podium with a bronze medal. By 2012 she had moved up to claim silver and in 2013 she won the first of her two straight national titles. It was Aalso in 2013 that, she made her debut at the American Women’s Continental Championships and won a bronze medal, a result she would repeat in 2014 when she also competed at her first AIBA Women’s World Championships.

After winning gold at the qualifying tournament for the 2015 Pan American Games, Veyre captured 60kg gold at Toronto 2015 in front of Canadian fans. In 2016, Veyre suffered a shoulder injury which prevented her from qualifying for the Olympic Games in Rio. Upon her return, she won silver at the 2017 Continental Championships.

In 2018, Veyre reached the 60kg quarterfinals at the Commonwealth Games and the AIBA World Championships, the latter being a career highlight. In her Olympic debut at Tokyo 2020, Veyre advanced to the quarterfinals of the 57kg weight class, matching Canada’s best ever result in any women’s Olympic boxing event.

A Little More About Caroline

Getting into the Sport: Started boxing at age 18 as a way to stay in shape and learn self-defense… Outside Interests: Has a degree in translation… Enjoys reading, watching TV and movies, playing board games… Odds and Ends: Immigrated to Canada in 2003 after visiting the country a few years earlier as her mother came to Montreal for cancer treatment; fell in love with the people and the culture and decided to live there… Favourite motto: “It is difficult to beat someone that never quits”… Inspired by Floyd Mayweather Jr because he is the only boxer she finds beautiful to watch technically; he masters what he does to perfection… Nickname: Caro…

Braxton Stone-Papadopoulos has enjoyed international success at all levels, beginning when she won bronze at the 2012 Cadet World Championships....