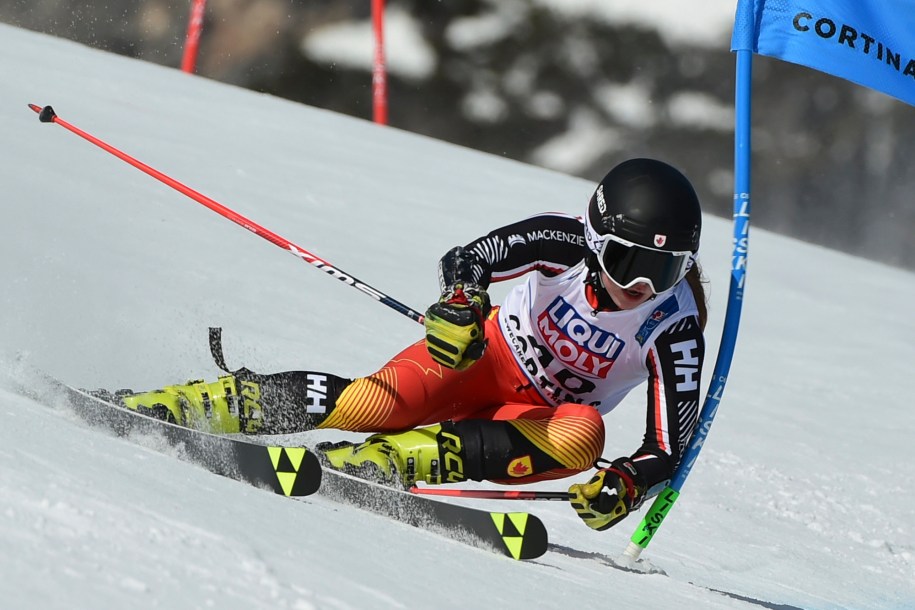 At 21 years old, Cassidy Gray was the youngest member of the Canadian alpine skiing team at Beijing 2022. She competed in the giant slalom and the mixed team parallel event.

Gray made her World Cup debut in January 2021 and earned her first World Cup points in just her second race when she placed 26th in the giant slalom in Kranjska Gora, Slovenia.

As a development racer, Gray began competing on the N0r-Am Cup circuit during the 2017-18 season. She earned her first top-10s that February in the slalom and giant slalom races at Whiteface Mountain. Later in 2018, Gray broke her ankle and foot, which kept her out of competition until February 2019.

After her appearance at the 2020 Junior Worlds, Gray broke her fibula. She returned to competition in the fall of 2020 in a few FIS races before making her delayed World Cup debut. In December 2021, Gray earned her first victories on the Nor-Am Cup circuit, winning the giant slalom and parallel slalom events in Panorama.

Gray skis collegiately for the University of Colorado. As a freshman in 2021 she was the NCAA giant slalom champion, beating out teammate Stef Fleckenstein for top spot. Gray was named to the All-American team as well as awarded the school’s freshman of the year.

A Little More About Cassidy

Getting into the Sport: Started skiing at age 5 and was competing within two years… Loved the peacefulness of being up in the mountains followed by the adrenaline rush of going down the hill… Her mother Joanne used to work for Hockey Canada and when she brought home team swag that said “Canada” it made Gray want to wear her own maple leaf jacket one day… Outside Interests: Has worked as a zipline tour guide and in a kitchen but long term would like to pursue a career in physiotherapy… Attending the University of Colorado… Enjoys being outside and playing other sports, especially flag football with the family… Odds and Ends: Favourite motto: “​​Above everything, the most important is to be a good person”…