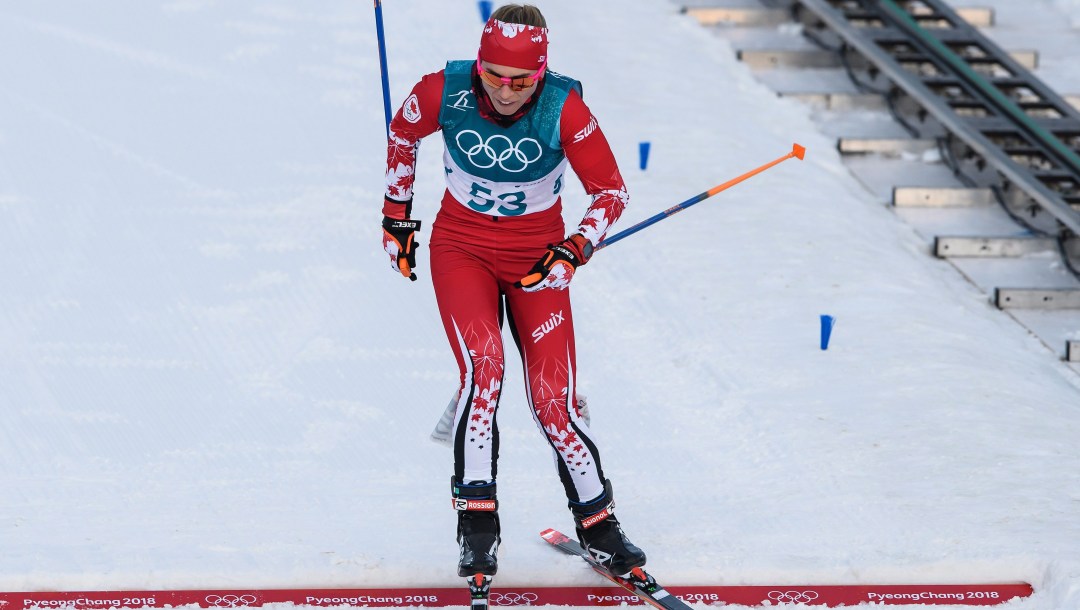 Although Cendrine Browne was a latecomer to competitive cross-country skiing, she made a quick progression. In her second year, she was an age-group national champion. By her third year she was a member of the Quebec provincial team. A year later she moved to the national junior team before advancing to the senior national team in year five.

Browne made her World Cup debut in December 2012 when the circuit came to Quebec City. She became a full-time member of the World Cup team in 2016-17. The season prior she had finished second in the overall Nor-Am Cup standings when she posted five victories. In her first FIS World Championship appearance in 2017, she finished 26th in the 30km mass start. The only other Canadian woman to ever break into the top 3o in that event was Beckie Scott, which gave her great hope for the future. Browne was also a member of the 4x5km relay that finished 10th, Canada’s best world championship result in the event since 2001.

Browne made her Olympic debut at PyeongChang 2018 where she competed in five events and was the top Canadian woman in the skiathlon. After returning home, she experienced depression and worked with a psychologist to improve her mental health. Just as she was finding her form again, she suffered her first of three concussions in a two-year span.

Back at full health in 2020, she earned her first World Cup points that February as she posted top-30 finishes in a pair of mass start races in Falun, Sweden and Meraker, Norway. In 2019-20 she also finished second overall on the Nor-Am Cup circuit. She improved her career-best individual World Cup result in January 2021 when she finished 23rd in a 10km freestyle race in Falun.

At the 2021 FIS World Championships, Browne joined with Dahria Beatty, Laura Leclair and Katherine Stewart-Jones for a ninth-place finish in the 4x5km relay, Canada’s best result in the women’s relay at the worlds in 20 years. She also posted top-30 finishes in the skiathlon, 10km freestyle and 30km classic mass start.

In her second Olympic appearance at Beijing 2022, Browne finished 16th in the 30km mass start, a Canadian best ever result in the event in free technique. She was also part of a ninth-place finish in the 4x5km relay.

A Little More About Cendrine

Getting into the Sport: Started skiing at a young age as her mother shared her passion for the sport. Her first competition wasn’t until age 15 when she entered the Quebec Games… Her mother, Julie Bruneau, had been on the national junior team and competed at the world junior championships… She has wanted to follow in her footsteps since hearing her stories about the paintings on Austrian houses… Now on her frequent trips there, she always thinks of her mother when she sees those houses… Always dreamed of getting the yellow jacket given to Canadian cross-country skiers who qualify for the world championships; now has multiple yellow jackets in her closet and they are all symbolic for her… Outside Interests: Is always taking a school course or two in sports management and administration… Loves to read a good book… Created the Féminaction program with teammate Laura Leclair that focuses on keeping girls and women involved in sport… Odds and Ends: Favourite motto: “Never give up” -Winston Churchill…