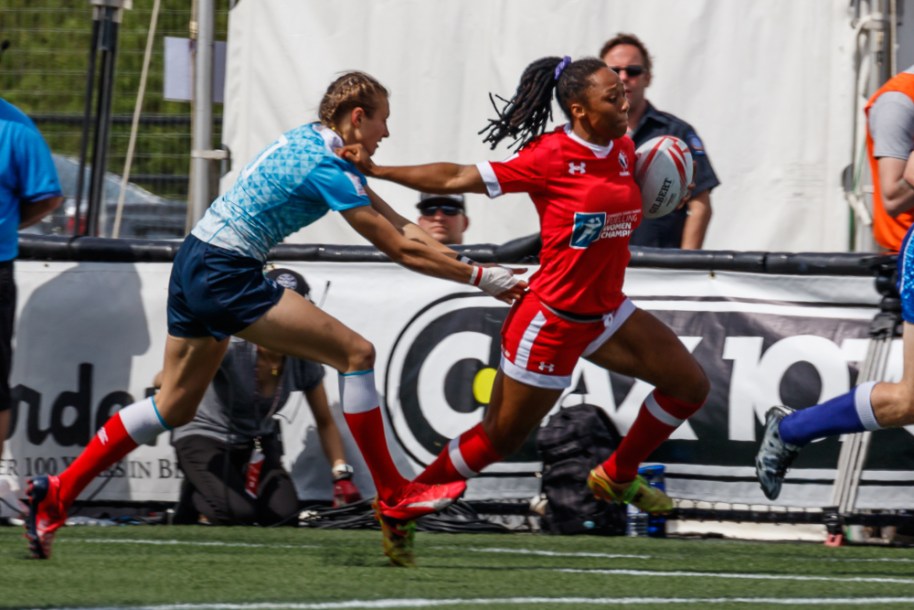 Charity Williams attended high school at Central Tech in Toronto and quickly made the jump to club level and onto the provincial and then national team programs in just three years.

She finished the 2015-16 Sevens Series by appearing in the final three tournaments for Canada. In her Olympic debut at Rio 2016, she scored one try as Canada won the bronze medal in the first women’s Olympic rugby tournament. Williams was Canada’s number two scorer during her second Olympic appearance at Tokyo 2020, recording five tries for 25 points.

In 2017, Williams broke her shoulder and required surgery, forcing her to miss half the season. But in 2018 she was a member of the Canadian team that finished fourth at the Commonwealth Games in Gold Coast and competed at the World Rugby World Cup Sevens in San Francisco.

Through the 2019-20 season, Williams is third all-time among Canadian women in points scored (350) and tries (70) in her 124 career matches on the World Rugby Sevens Series.

A Little More About Charity

Getting into the Sport: Started playing rugby at the age of 14 in her first year of high school and fell in love with the physicality… Her older brother played football but since there was no football for girls she tried rugby instead… Made the national team two years after meeting former Team Canada player Megan Gibbs which had sparked her dream of wearing the maple leaf… Outside Interests: Enjoys reading and writing… Would like to become a teacher… Odds and Ends: Before each game, closes her eyes and thinks of three things she’s going to do on the pitch… Favourite quote: “Be the person you needed when you were younger”…