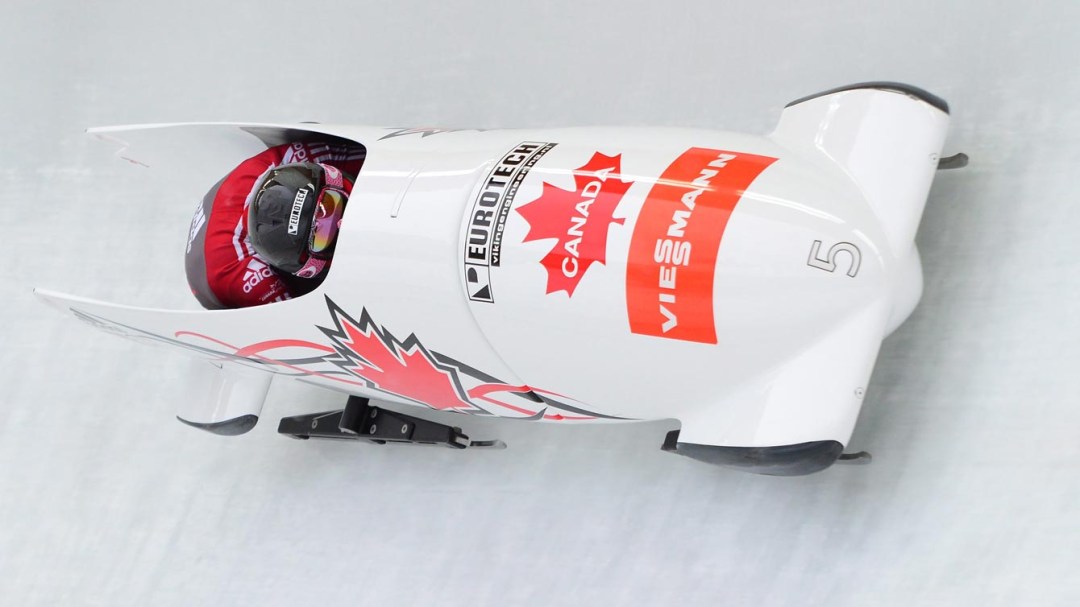 Chelsea Valois had a remarkable rookie season with the Canadian bobsleigh team in 2012-13, winning both the world championship and overall World Cup titles with pilot Kaillie Humphries. They had a tremendous start to the season, winning the first five World Cup races to close out the 2012 calendar year. Though the winning streak would end, the podium streak did not as they finished in the top three at the four remaining World Cup races, including one more victory and a bronze medal on the 2014 Olympic track at the Sanki Sliding Centre.

A standout track and field athlete at the University of Regina, Valois had been encouraged by some of her teammates to give bobsleigh a try. In her first camp she posted push-test results that equaled some of Canada’s best-ever rookie results.  She put her education on hold to pursue the newfound Olympic dream.

Jenny Ciochetti made her Olympic debut at Sochi 2014, finishing 13th in the women’s two-man event with brakeman Chelsea Valois....