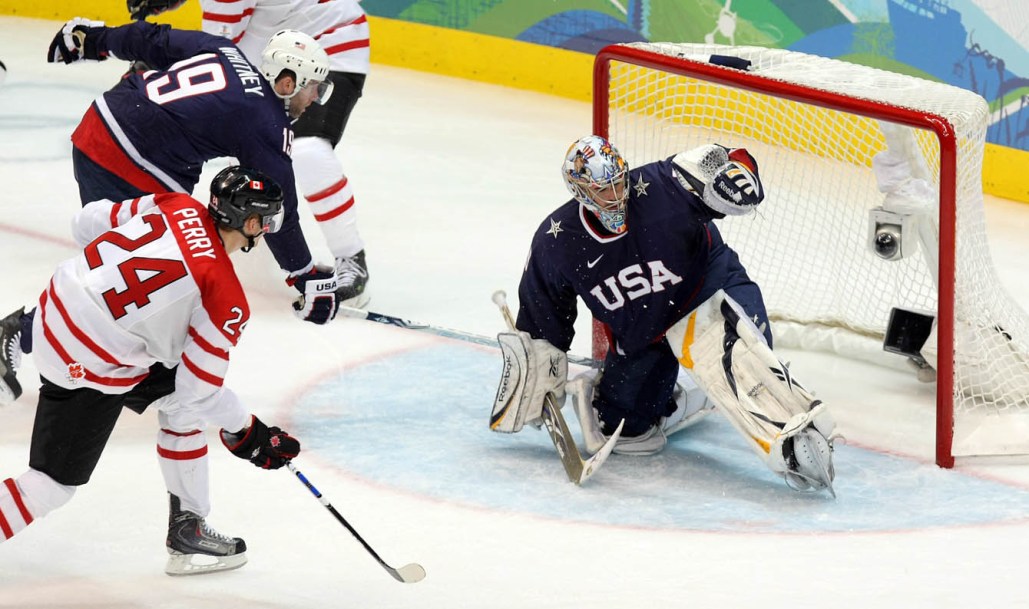 A member of the exclusive Triple Gold Club, Corey Perry made his Olympic debut at Vancouver 2010 when he helped Canada win the gold medal on home ice by contributing five points (four goals, one assist) over seven games. Perry returned to the Olympic Games at Sochi 2014 and helped defend Canada’s gold medal title.

Perry’s first time wearing the Canada jersey was in 2002 when he represented Team Ontario at the World Under-17 Hockey Challenge. He went on to win gold with Team Canada at the 2003 IIHF World U-18 Championships. At the 2005 IIHF World Junior Championship, Perry tallied seven points (two goals, five assists) in six games en route to a gold medal. Perry has also appeared in three IIHF World Championships (2010, 2012, 2016), serving as captain for Canada’s gold medal winning-team in 2016. Later in the year, Perry was a member of Team Canada for the 2016 World Cup of Hockey where he scored two goals to help Canada win gold.

Perry’s NHL career began with him being drafted 28th overall by the Anaheim Ducks in 2003 and he has remained with the organization through 2018-19. Perry’s individual accolades include a Maurice Richard Trophy (2011) and a Hart Trophy (2011). In 2007, Perry and the Ducks won the franchise’s first Stanley Cup.

Perry was inducted to the Canadian Olympic Hall of Fame in 2012 with his teammates from the 2010 Olympic hockey team.