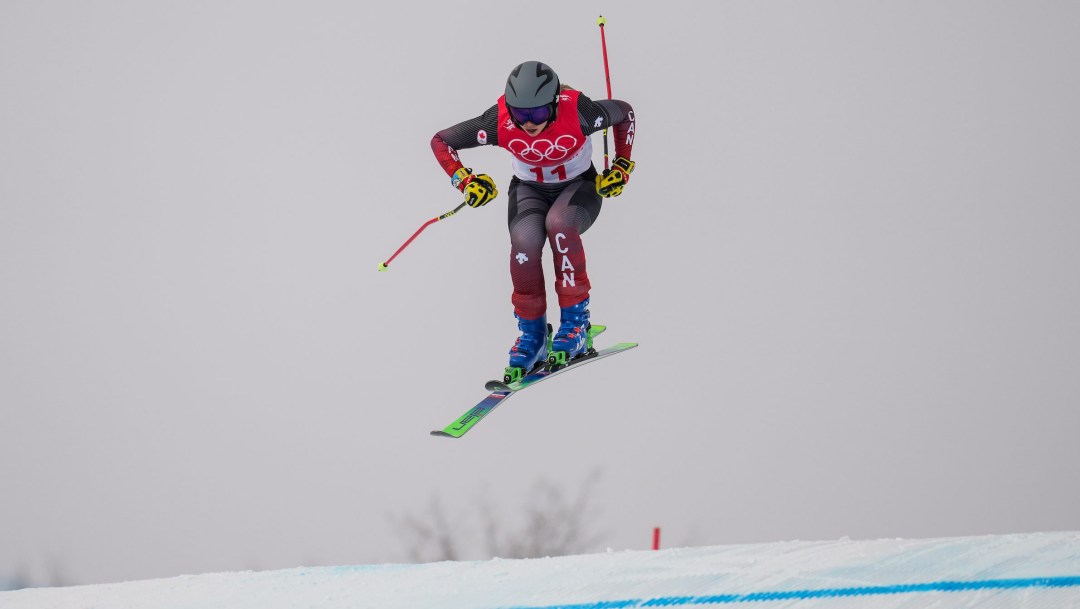 Courtney Hoffos got her first taste of World Cup competition in January 2018 at the Canadian-hosted event in Nakiska, Alberta. She made another one-off World Cup appearance at Blue Mountain, Ontario in January 2019 before joining the circuit full time for the 2019-20 season.

In her first ever overseas World Cup race in December 2019, Hoffos surprised everyone, including herself, by winning the silver medal in Val Thorens, France. She didn’t have to wait long to stand on more World Cup podiums, winning bronze on the second day of racing in Val Thorens and then adding another bronze a week later in Montafon, Austria. In January, while racing in qualification at the World Cup in Nakiska, she broke her wrist and suffered an AC shoulder joint separation, taking her out for the rest of the season. Despite that, she was still awarded the FIS Freestyle Rookie of the Year.

During the 2020-21 season, Hoffos never finished outside of the top-10 in any of her 10 World Cup starts. She won one medal, a bronze in February in Reiteralm, Austria, and competed in one other big final, while advancing to five small finals. In her debut at the FIS World Championships, Hoffos won the small final to finish fifth overall, ranking her as the top Canadian woman. Once again, her season came to an early end when she crashed in the big final in Sunny Valley, Russia in March and suffered a knee and ankle injury that required surgery.

Before joining the national team, Hoffos developed as a ski cross racer on the Nor-Am Cup circuit, finishing third overall in 2015-16 and second overall in 2018-19. She finished sixth at the 2016 FIS Junior World Championships but then missed the 2016-17 season after suffering a compound fracture of her tibia.

Getting into the Sport: Has been skiing since she could walk… Was an alpine racer before switching to ski cross at age 18… Enjoys the direct competitiveness and tactics of ski cross… Outside Interests: Loves spending summers are the lake wake surfing, mountain biking, playing spike ball… Pursuing a business degree at the University of Calgary…