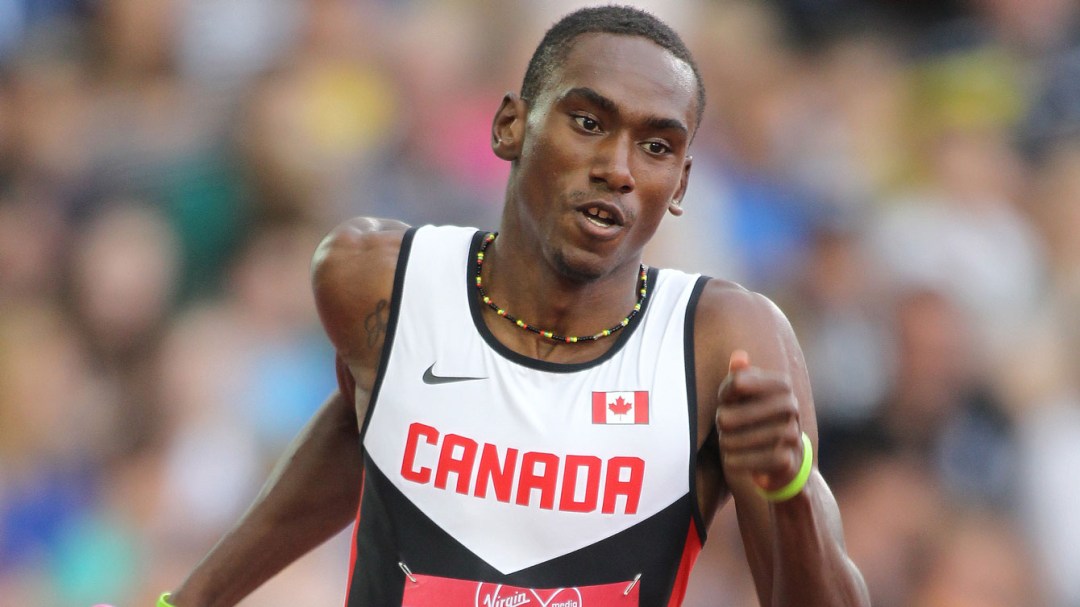 Born in Jamaica, Daundre Barnaby moved to the Toronto area with his father and became a Canadian citizen in 2012. He qualified to represent Canada at the London 2012 Olympic Games where he finished sixth in his 400m preliminary heat. He also competed at the 2014 Commonwealth Games where he advanced to the 400m semifinals.

Barnaby earned two track and field varsity letters and won the National Scholastic Indoor 400 metres while at Weaver High School in Hartford. He then attended Mississippi State University where he earned All-American honours individually in the 400m and as a member of the 4x400m relay team.

Barnaby passed away in March 2015 while attending a training camp in St. Kitts. He was swimming in the ocean with teammates when he disappeared in a strong current. Barnaby was 24.

Alexa Komarnycky finished 11th in the 800m freestyle in her second consecutive Olympic Games appearance at the London 2012 Games.