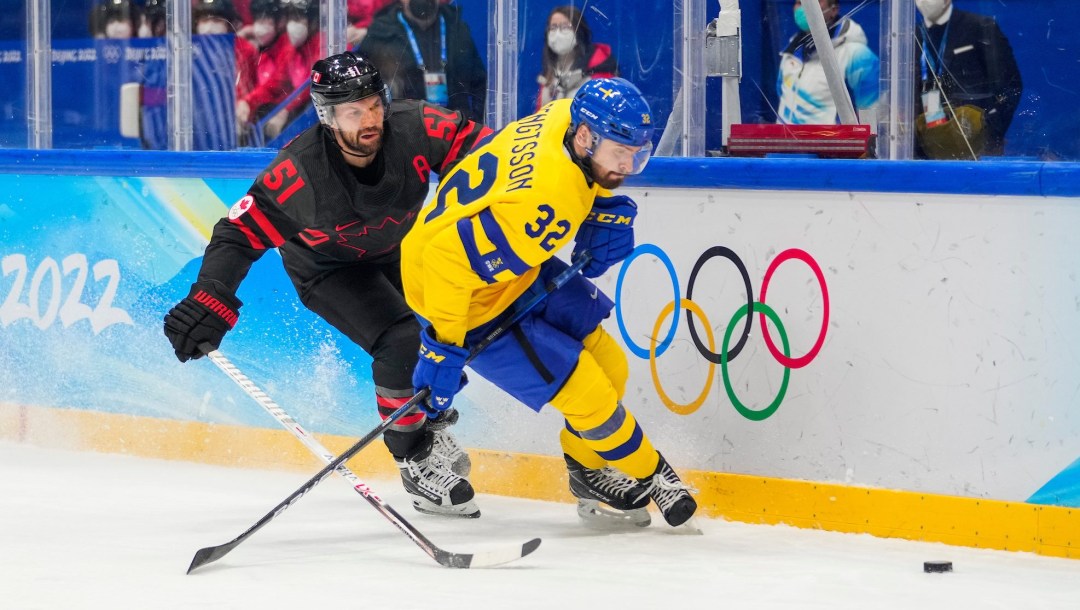 David Desharnais made his Olympic debut at Beijing 2022 where he served as an assistant captain. Desharnais previously played for Canada at the 2019 Spengler Cup, but only appeared in one game before getting injured. Canada went on to win the gold medal. He previously competed against Canada at the 2012 Spengler Cup while playing with Swiss team HC Fribour-Gottéron during the NHL lockout.

Desharnais played his junior hockey with the Chicoutimi Saguenéens from 2003-04 to 2006-07, serving as captain during his last season. He won three straight Frank J Selke Trophies as the QMJHL’s most sportsmanlike player as well as the 2007 CHL Sportsman of the Year. In 2005 and 2006 he played in the CHL Canada/Russia Super Series, registering three points in four games with the QMJHL all-stars.

Undrafted, Desharnais joined the Cincinnati Cyclones of the ECHL in 2007-08. He went on to win the Kelly Cup, lead the league in scoring, and was awarded MVP and Rookie of the Year. He spent 2008-09 in the AHL with the Hamilton Bulldogs before signing an NHL contract with Montreal. After spending most of 2009-10 in the minors, Desharnais earned a full-time spot with the Habs by the end of 2011. He played six seasons with Montreal before a trade sent him to Edmonton at the end of 2017. The 2007-18 season with the New York Rangers would mark his final time in the NHL. Desharnais left the league after nine seasons, scoring 87 goals and 282 points in 524 games, while also appearing in 51 playoff games.

He signed with Avangard Omsk in the KHL for 2018-19, losing in the Gagarin Cup finals. He returned to his former Swiss club, Fribourg, in 2019-20 where he serves as assistant captain.

Matt Tomkins made his Olympic debut at Beijing 2022 where he was in goal for three of Canada’s five games,...