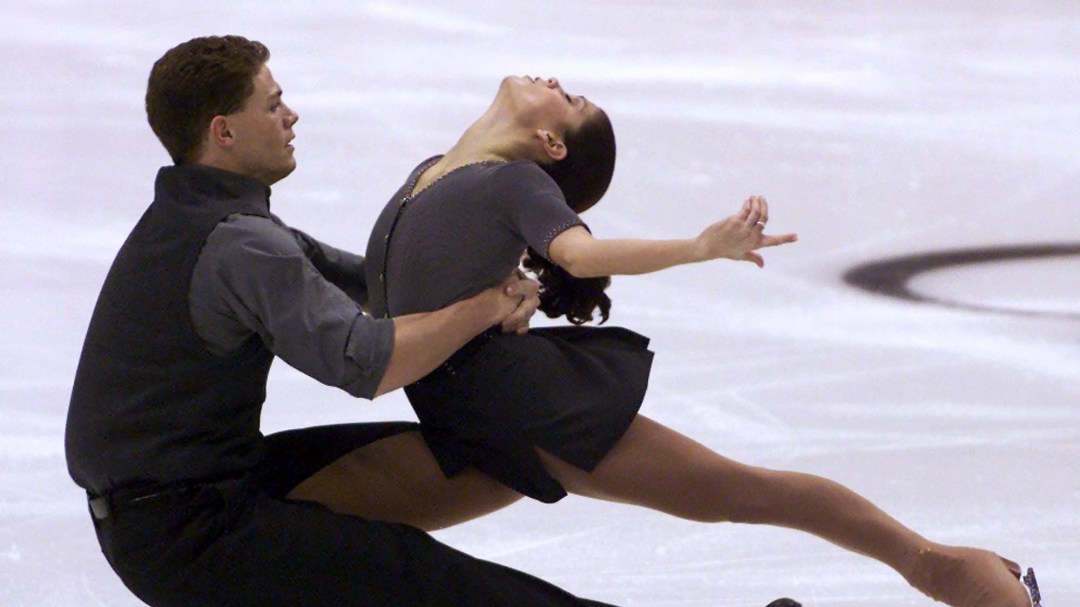 In second place after the short program, they knew if they won the free skate, they would win the gold medal. But despite a clean performance, when the scores were announced, they found themselves with the silver medal behind Russians Elena Berezhnaya and Anton Sikharulidze, who had a mistake on one of their jumps. The 5-4 judges’ split stunned most observers.

Then, French judge Marie-Reine Le Gougne alleged that she had been pressured to favour the Russians as part of an exchange that would benefit the French ice dance team later in the Games. The International Skating Union and International Olympic Committee investigated and announced that Sale and Pelletier would be upgraded to become co-gold medallists with Berezhnaya and Sikharulidze. A second medal ceremony took place and the scandal eventually led to a complete overhaul of the figure skating scoring system.

Sale and Pelletier had gone to Salt Lake City as the reigning world champions, having won the title in Vancouver in March 2001, just three years after their partnership began. In their first international competition together, they won bronze at Skate Canada International in late October 1998. After another Grand Prix bronze medal at NHK Trophy, they finished second at the 1999 Canadian Championships but were forced to withdraw from the world championships when Pelletier suffered back pain.

To start the 1999-00 season, they won their first Grand Prix gold at Skate America where they unveiled what would become their trademark program to music from the movie Love Story. After winning the first of their three straight national titles and their first Four Continents title, they went to the world championships with high expectations but finished in fourth place.

They rebounded in 2000-01 by winning all but one of their competitions. That included their first victory at the Grand Prix Final as well the world championships where they were Canada’s first pairs gold medallists since 1993. That accomplishment earned them the Lou Marsh Award as Canada’s athletes of the year.

After winning Olympic gold, Sale and Pelletier decided to stop skating competitively, instead spending their time on tours. That included time with the CBC show Battle of the Blades in which a figure skater was teamed with a hockey player.