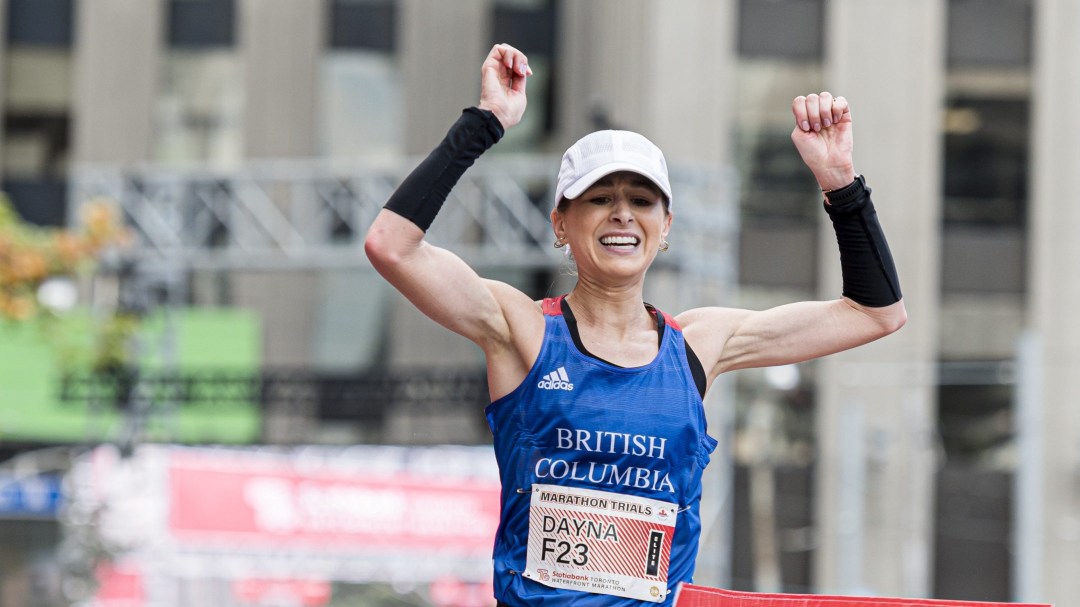 Dayna Pidhoresky earned her spot on the Tokyo 2020 Olympic Team with a breakthrough performance at the 2019 Toronto Waterfront Marathon. She was the top Canadian woman in the race that doubled as the national marathon trials and lowered her personal best by more than seven minutes (from 2:36:08 to 2:29:03) to go under the Olympic entry standard time.

Pidhoresky began dreaming of competing at the Olympic Games when she switched to road racing after university and discovered her affinity for running long distances. She had unfortunately been injured for much of her collegiate career with the University of Windsor Lancers, dealing with a lot of shin issues as well as a femoral neck stress fracture, but enjoyed success as a senior when she placed sixth at the OUA Cross-Country Championships and was a Second Team All-Canadian at the CIS (now USports) Championships.

In the fall of 2011, Pidhoresky decided to target a personal best in the half marathon. She ran 1:11:45 in Niagara Falls, which was a Canadian best (though record ineligible) at the time. She realized if she could get her body in shape to race a marathon, she could aim to make an Olympic team. However, she encountered more adversity over the next few years, incurring multiple injuries which left her unable to train consistently. But after regaining her fitness, she earned her place on the Canadian marathon team that competed at the 2017 World Athletics Championships in London, leading up to her triumph at the 2019 Toronto Waterfront Marathon.

Pidhoresky’s Olympic debut at Tokyo 2020 didn’t go quite as planned, as she was forced to quarantine after arrival in Japan when she was deemed to be a close contact of someone on her flight who had tested positive for COVID-19. Unable to train with her teammates while being stuck alone in her room, Pidhoresky was cleared to compete just days ahead of the race. Despite the adversity, she was able to do what 15 other women could not — finish the Olympic marathon.

A Little More About Dayna

Getting into the Sport: Started running and competing in cross-country while in Grade 4 or 5… Stuck with it in the early days because she could beat the boys… Outside Interests: Graduated from the University of Windsor in 2010 with a Bachelor of Science in Honours Biological Sciences and a Bachelor of Arts in Psychology… Has a long list of cafes in Vancouver that she wants to visit… Enjoys cooking and baking elaborate recipes when she has the time; would love to bring home a new chef’s knife from Japan…. Odds and Ends: Favourite mottos: “Keep the door open” (as a reminder to not put limits on herself and with the right day anything can happen and take advantage of it)… Has been coached by her husband Josh since she graduated from university…