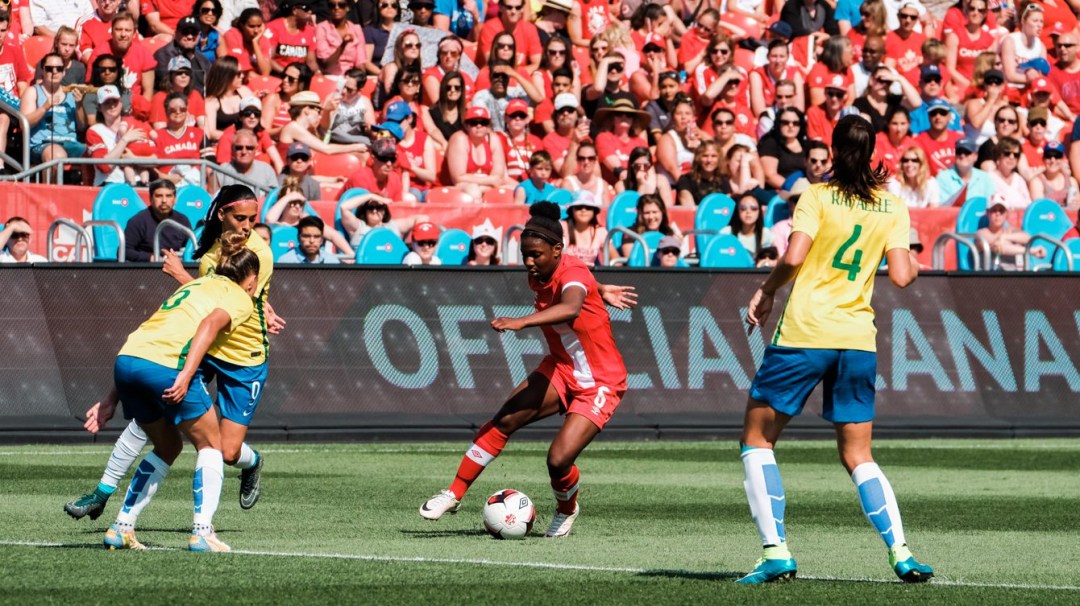 Deanne Rose was valuable off the bench during Canada’s gold medal victory at Tokyo 2020. Appearing primarily as a substitute, she saw action in all six matches, including in the gold medal game in which she scored Canada’s second goal in the penalty shootout against Sweden.

After debuting in the Canadian youth program as a 15-year-old in 2014, Rose quickly transitioned to the senior national team in December 2015, participating in an international tournament in Brazil. In February 2016, she saw action in three games at the CONCACAF Olympic Qualifier, scoring three goals, including two against Guyana for the first goals of her international career. Canada’s second place finish secured the team a spot in Rio. Rose went on to help Canada win the 2016 Algarve Cup.

In her Olympic debut at Rio 2016, Rose appeared in five of Canada’s six games, starting two, including the bronze medal match against Brazil in which she scored the first goal for Canada en route to the win. After the Games, Rose competed at the FIFA U17 and U20 Women’s World Cups. She closed out 2016 by being named Canadian U17 Player of the Year.

In 2018, Rose appeared in two games during the CONCACAF Championship as Canada finished second to qualify for the 2019 FIFA Women’s World Cup. She appeared as a sub in one game during her FIFA World Cup debut. In early 2020, she helped Canada finish second at the CONCACAF Olympic Qualifying Tournament to secure their ticket to Tokyo 2020.

Rose played collegiately at the University of Florida. She started every game for the Gators her freshman year in 2017, scoring nine goals, but missed the SEC tournament and NCAA Championships due to national team commitments. She was still named the SEC Freshman of the Year and selected to the All-SEC First Team. Injuries and scheduling conflicts limited her next three years, but she finished her career at Florida in 2021 with 19 goals in 53 games.

A Little More About Deanne

Getting into the Sport: Started playing soccer at age 4… Grew up playing soccer and volleyball… Outside Interests: Majoring in sociology at the University of Florida… Enjoys playing chess…