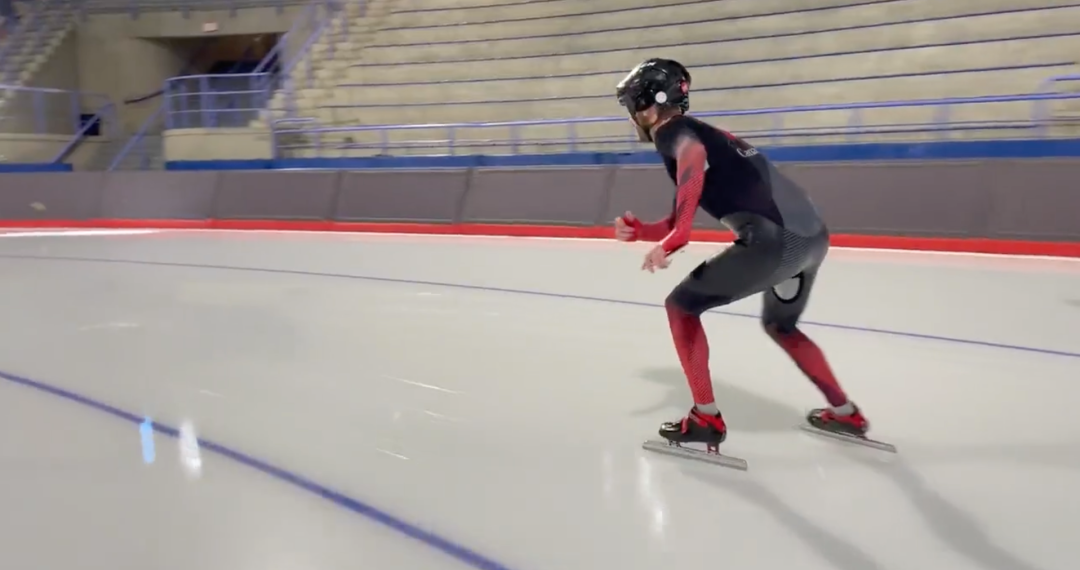 Devin Heroux competed at his first World Athletics Championships in Eugene, Oregon in 2022 where he ran the 800m media race, recording a time of 2 minutes 36.48 seconds for his two laps around the Hayward Field track. That ranked him 42nd in a field of 150. He has his work cut out for him if he wants to challenge world bronze medallist Marco Arop (whose podium time was almost a minute faster).

Originally from Saskatoon, Heroux was first captivated by the Olympic Winter Games while watching the Saskatchewan curling team led by Sandra Schmirler win gold at Nagano 1998.

Heroux is a multi-sport athlete, previously representing Canada at Tokyo 2020 on Twitter.

A Little More About Devin

Getting into the Sport: Was lured into the Calgary Olympic Oval by speed skater Vincent De Haître one chilly October afternoon and it was love at first sight…Outside Interests: Curling, curling and more curling… He also loves watching the Saskatchewan Roughriders… 7/11 in Japan… Odds and Ends: No stranger to all things Olympics, you can find Devin in practically every possible Olympic venue during Summer and Winter Olympic Games. Devin has still not confirmed if he has an identical twin which would explain so much.