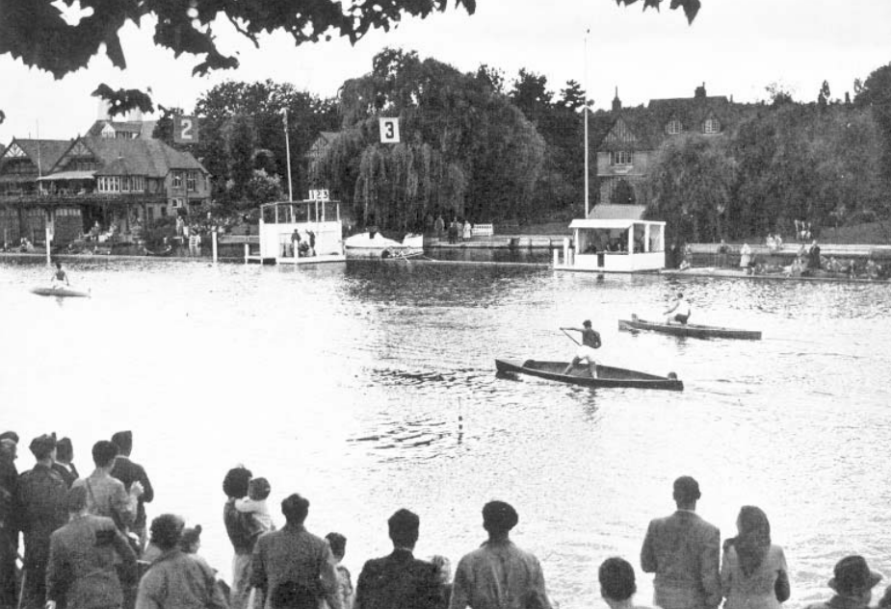 Canada’s Douglas Bennett missed what would have been his first Olympic appearance at Tokyo 1940 if not for World War II, so during that time he enlisted in the artillery and remained in Europe throughout the war. Eight years later Bennett would get his chance at London 1948, but almost missed it again because he was taking a pre-race nap. When a British competitor noticed he was missing from the start line, he deliberately false started twice giving Bennett time to paddle all the way to the start. Bennett went on to win the silver medal in the C1-1000m in a hard fought race, and an hour later, he finished fourth in the C2-1000m (with Harry Poulton).

A talented athlete, Bennett was the youngest of five boys and four girls. He played junior hockey for the Royal Montréal Hockey Club in 1937 and was also a swimmer, but frustration due to lack of success in the pool lead him to switch to canoeing. A member of the St. Lambert Canoe Club and the Excel Boating Club in Longueuil, Bennett’s canoeing career spanned from the mid-1930s to the late 1940s and he became a multiple Canadian champion. In 1947, he captured Canadian titles in in singles, tandem, and fours, and was voted Montréal Sportsman of the Year ahead of Montréal Canadiens hockey hero Maurice Richard. After retiring from canoeing in 1948, Bennett worked in Bell Canada’s engineering department but stayed physically active in the sport. He passed away in Pointe-Claire, Québec in 2008.