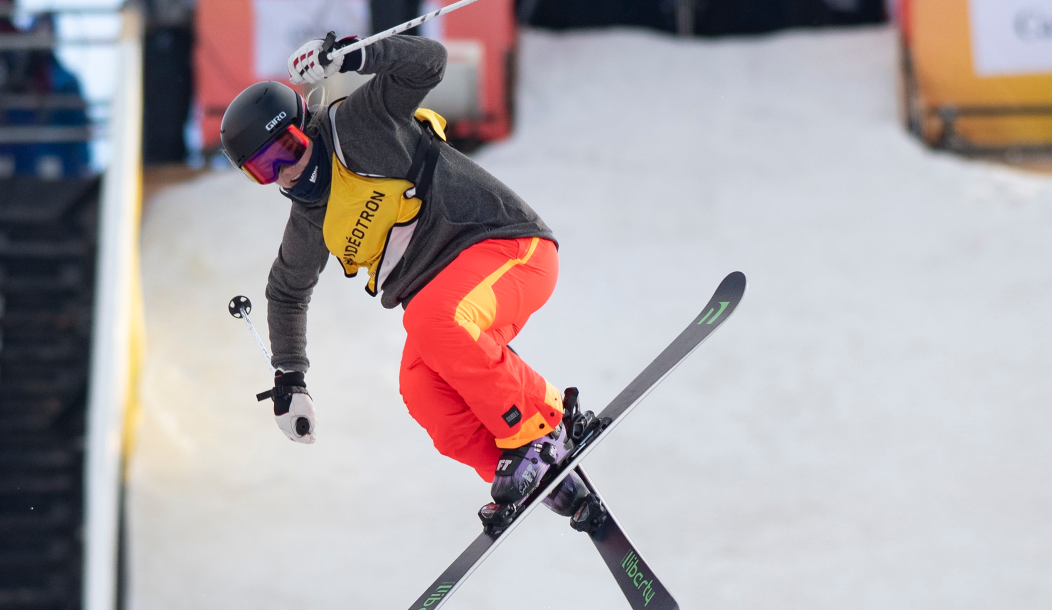 Elena Gaskell was a double gold medallist in slopestyle and big air for Team B.C. at the 2015 Canada Winter Games in Prince George. Standing atop the podium representing her province made her realize how great it would be to one day represent Canada internationally. She got that chance in February 2016 when she won gold in her first Nor-Am Cup slopestyle event in Calgary.

Gaskell got her first taste of World Cup competition in February 2017 at the Canadian-hosted slopestyle event in Quebec City. She joined the World Cup team fulltime in 2017-18, highlighted by two fifth place finishes in March, one each in slopestyle and big air.

At the opener of the 2018-19 World Cup season in Cardrona, New Zealand, Gaskell won big air gold for her first career World Cup podium. She also finished fourth in a big air World Cup in November before winning big air bronze in Quebec City in March, ranking her first overall in the big air World Cup standings for the season. Gaskell made her debut in at two major events in 2019, the FIS World Championships and the Winter X Games in Aspen, competing in big air at both.

In January 2020, Gaskell won her first World Cup slopestyle medal, taking bronze in Seiser Alm, Italy. But a partially torn meniscus that required surgery cut her season short. She did not compete during the pandemic-impacted 2020-21 season.

When she returned for the big air World Cup opener in October 2021, she won bronze in Chur, Switzerland. She added a fourth-place finish in big air in December in Steamboat, Colorado.

Gaskell was set to make her Olympic debut at Beijing 2022 but on the last day of training at the big air venue she suffered a knee injury on a landing. Diagnosed with a torn ACL and meniscus as well as a bone bruise on her femur, she was unable to compete and underwent surgery after returning home.

A Little More About Elena

Getting into the Sport: Started skiing at age 4 with her family and joined a freestyle club at age 6… Had seen her brother hit what seemed like a big jump and decided she was going to try it too; ended up with a bloody nose after falling but the lack of fear she showed is the same mindset she has carried throughout her career…  Outside Interests: Enjoys playing soccer and golfing… Works at a golf course during the summer… RBC Olympian… Enrolled at Thompson Rivers University… Odds and Ends: Favourite motto: “You miss 100% of the shots you don’t take” – Wayne Gretzky… Collects charm from all her travels for her charm bracelet… Became the youngest recipient of the Spirit of Sarah Scholarship in 2014, given to aspiring women skiers in memory of Canadian Olympian Sarah Burke…