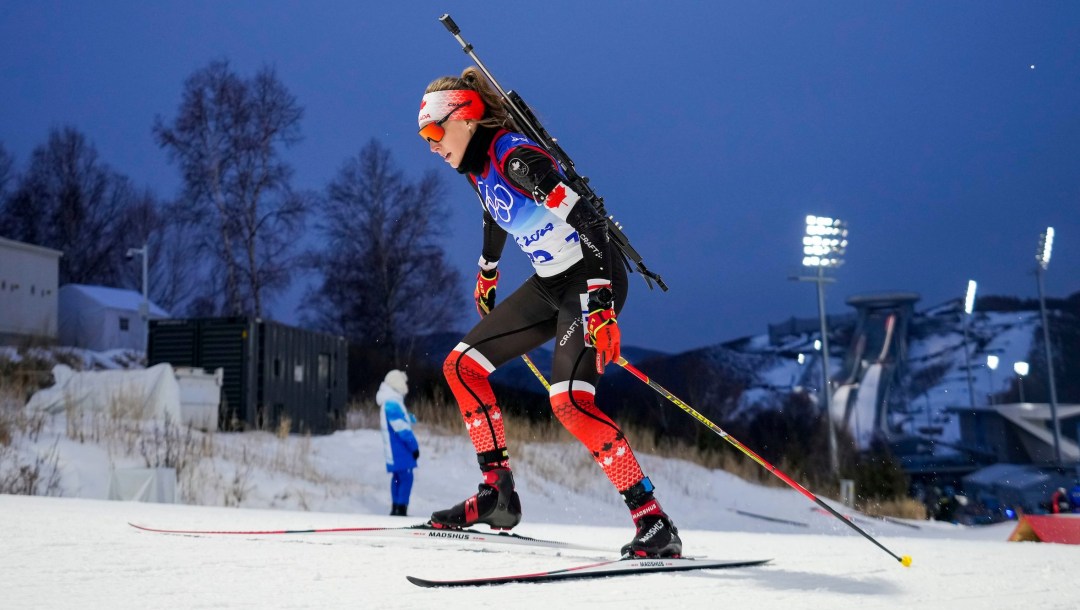 At her first national championships, Emily Dickson raced up an age group but still won a silver medal in her first race of the competition. At that moment, she knew would pursue biathlon at a higher level.

She made her first international appearance at the 2013 IBU Youth World Championships. That would be followed by two more youth worlds in 2014 and 2016 before she competed at three IBU Junior World Championships in 2017, 2018 and 2019.

In 2015, Dickson was a four-time medallist for Team BC at the Canada Winter Games in Prince George, winning two gold, one silver and one bronze.

After a tough 2015-16 season in which she dealt with chronic fatigue, Dickson found the cause of her problem when she was diagnosed with celiac disease. She spent the next few seasons progressing through the national development program.

In 2018-19, Dickson competed in her first senior international races on the IBU Cup circuit. She would make her IBU World Cup debut in January 2020 in Oberhof where she recorded what is still her career-best result on the circuit, a 46th-place finish in the sprint. That came just ahead of her first appearance at the senior IBU World Championships where she was part of a ninth-place finish in the women’s relay.

After not competing internationally in 2020-21, Dickson started the 2021-22 season in IBU Cup events before rejoining the World Cup team. She made her Olympic debut at Beijing 2022.

A Little More About Emily

Getting into the Sport: First tried biathlon at age 8 and began competing the next year… Her whole family cross-country skied before her oldest sister was recommended for biathlon; after cheering her sister on in provincial races, she decided she wanted to be a biathlete too… At the time, the shooting range at her home ski club was overgrown and had just a single metal target, which has made her appreciative of the effort that went in to building a new range since then… Outside Interests: Biggest passion is photography but also enjoys rock climbing, hiking, trail running (usually with her camera in hand)… Odds and Ends: Likes to collect art from her international travels, especially paintings and sketches by local street artists… Recipient of the Prince George Sports Hall of Fame’s Youth Excellence Award in 2014…