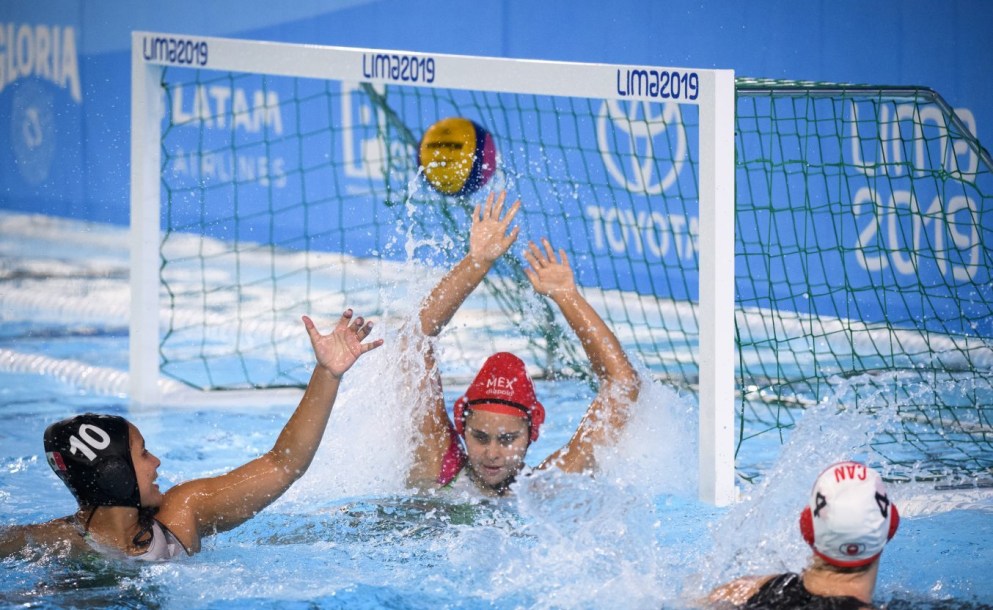 At age 16, Emma Wright was the youngest player, by more than four years, on the team that competed at the 2013 FINA World Championships. She also competed at the 2015, 2017, and 2019 World Championships. Her best result was the fourth-place finish in 2017, the same year she was part of Canada’s silver medal performance at the 2017 FINA World League Super Final. In 2021, she was part of Canada’s fourth-place finish at the FINA World League Super Final, the team’s first competition in more than 18 months because of the COVID-19 pandemic.

At age 18, Wright was the youngest player on the team that won silver at the 2015 Pan American Games. She added another silver at the 2019 Pan Am Games where that result secured the team’s ticket to Tokyo 2020. In her Olympic debut, Wright scored seven goals as Canada finished seventh.

Getting into the Sport: Started playing water polo at age 9… Her mother and other siblings would drive to Toronto every night for practices and she was too young to stay home alone so she was forced to go… Didn’t really like water polo at first but it grew on her… Outside Interests: Attends and plays water polo at the University of California Berkeley… Enjoys a good movie night…  Odds and Ends: Listening to music is key to her pregame routine…Collects shot glasses on her travels… Nickname: Em, Emma Lou… Older sister Claire was also a member of the Tokyo 2020 Olympic water polo team…