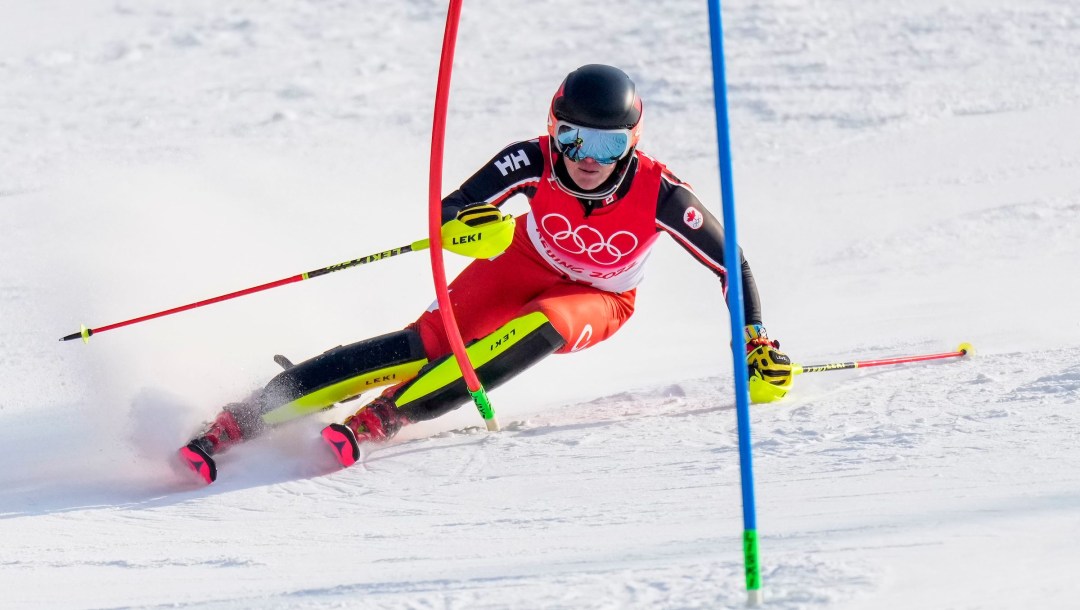 Erin Mielzynski had a historic breakthrough on March 4, 2012 when she won the World Cup slalom race in Ofterschwang, Germany. She was the first Canadian to win a World Cup slalom race since Betsy Clifford in 1971. Sitting fifth after the first run, Mielzynski actually started the second run after such greats as Austrian Marlies Schild and German Maria Riesh. When she took the lead after her second run, she had to wait for the final four skiers before the victory was secured.

Mielzynski made her World Cup debut in November 2009. Until she stood atop the podium, her previous best World Cup result had been 13th. Since that victory, Mielzynski has recorded 19 other individual top-10 finishes through January 2022, including a bronze medal in the slalom in Zagreb, Croatia in 2013. She finished fifth in a World Cup slalom in Zagreb in January 2021.

After making her Olympic debut with a 20th place finish in the slalom at Vancouver 2010, Mielzynski competed at her first FIS World Championships in 2011. She finished 16th in the slalom but posted the fastest time of the second run by almost a second. Following her second Olympic Games at Sochi 2014, Mielzynski had a very successful 2015 World Championships where she was the captain of the Canadian team that won silver in the team event and posted a career-best sixth place finish in the slalom.

In her third Olympic appearance at PyeongChang 2018, Mielzynski finished 11th in the slalom to be the top Canadian in the event. She returned to the top 10 in the slalom at the world championships in 2019. Mielzynski competed in her fourth Olympic Games at Beijing 2022.

Mielzynski has been dealing with back pain for almost 15 years of her career. It took more than a decade to be diagnosed with spondylolisthesis and she struggled through intense pain to compete at Sochi 2014. Pain management has become a constant in her life as surgery would not be an effective solution. She’s also dealt with such injuries as a torn labrum in 2018 and a torn oblique in 2020.

A Little More About Erin

Getting into the Sport: Started skiing at age 2 and began racing at age 5, getting her parents to convince the club to let her race in the club championships even though she was too young… Early on had the nickname ‘Budgie’ because of a puffy yellow ski suit juxtaposed with her skinny legs… Competed in water skiing growing up and won silver in jump at the 2006 World Junior Championships before focusing on alpine skiing… In grade 9 she drew a picture of herself racing at the 2010 Winter Games… Outside Interests: Started a project during the pandemic to help empower and connect girls through skiing by creating custom training bibs with inspiring messages and sending them out along with autographed cards and notes… Enjoys reading, cooking and do-it-yourself projects (metal jewelry stamping, natural beauty products, painting) as well as activities such as surfing, paddle boarding, camping and outdoor adventures… Hosts the “Unspoken Bravery” podcast in which she talks to athletes and other high achievers… Would like to become a veterinarian or animal physiotherapist when she is no longer competing… Odds and Ends: Favourite Olympic memory was hugging her family at the finish line after the course inspection at Vancouver 2010… Favourite motto: “Progress not perfection” / “Be the change you wish to see in the world”…