Ballard made her Nations Cup debut at the 2006 Spruce Meadows ‘Masters’ tournament, helping Canada to achieve victory for the first time in the event’s history, and was named the 2006 Equine Canada “Equestrian of the Year”. Working in partnership with horse agent Ilan Ferder, Ballard recently made a spectacular return to the international spotlight, winning the $100,000 CSI 5* Longines Speed Challenge at the 2018 Longines Masters of New York and being named to her first major games team for the 2018 FEI World Equestrian Games in Mill Spring, NC.

A LITTLE MORE ABOUT ERYNN

Getting into the sport: Began riding with her parents at age five… Had a pet pony named Rusty… First entered the competition ring at age six… Outside Interests: Hobbies include Pilates and yoga… Professional trainer and coach for the family business, Looking Back Farm…Odds and Ends: Personal motto is, “Success makes you confident, and confidence makes you successful”… Known for her catch riding abilities 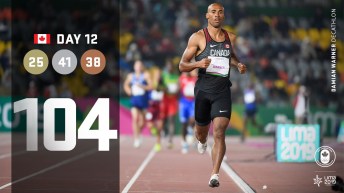 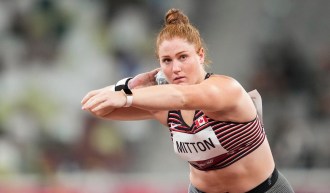 As a junior, Nicole Walker excelled in the equitation ring. At the 2010 Royal Agricultural Winter Fair in Toronto, she…