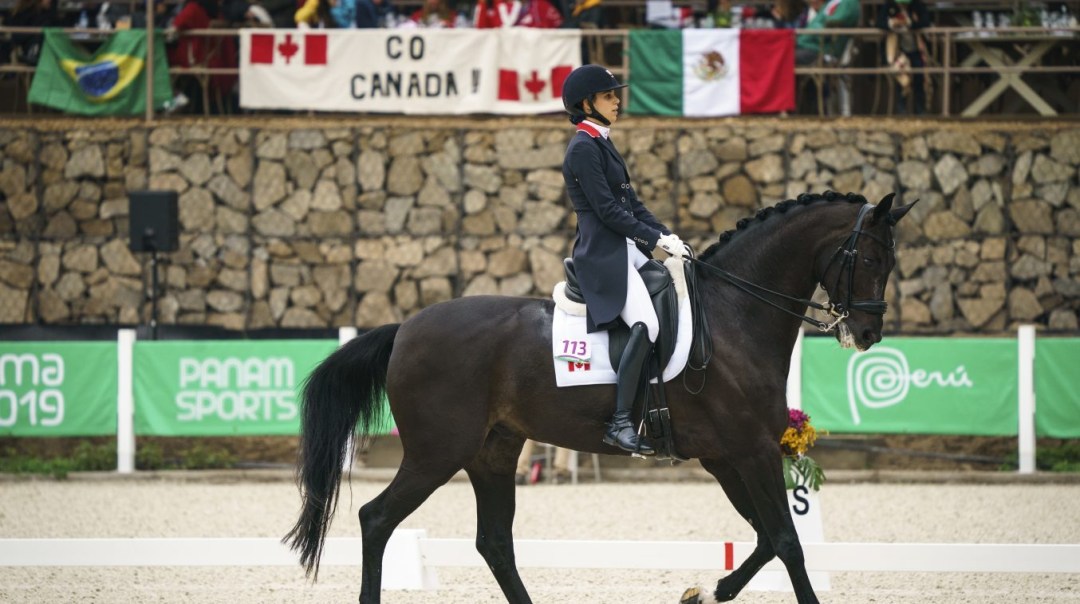 Naima Moreira Laliberté has been an imposing competitor since the very beginnings of her FEI career. She first rode for the maple leaf at the North American Junior and Young Rider Championships (NAJYRC) in 2012, where she and Tolando led Team Quebec to capture the junior gold medal. Laliberté returned to NAJYRC in 2013 to once again claim team gold and earn individual silver, this time with Wind Breaker 3. In 2014, she graduated to the NAJYRC Young Rider division riding Nao Guimeraie, taking silver with Team Quebec. The next year, she closed out her NAJYRC experience with individual gold and bronze medals aboard Belafonte.

Over the next two years, Laliberté continued to compete at the esteemed Adequan Global Dressage Festival in Wellington, Florida, earning several wins with Belafonte, Sancerre, and I Do Kiss. During the summer of 2018, Laliberté tested her mettle on the European circuit with a new partner, Statesman, earning top-10 finishes at the U25 level at some of the most prestigious venues in the world.

Back on Canadian soil, Laliberté and I Do Kiss led Team Canada 1 to a silver medal at the 2019 FEI Nations Cup CDIO-U25 in Wellington. Laliberté also continued to churn out incredible results at the CDI 3* level with Statesman in 2019, topping leaderboards at the Kawartha Spring Classic 1 & 2 and Caledon Spring Jubilee in Caledon, Ontario. Propelled by win after win, Laliberté and Statesman jumped up an incredible 266 spots in the FEI Dressage World Rankings in the month of May, reaching #97.