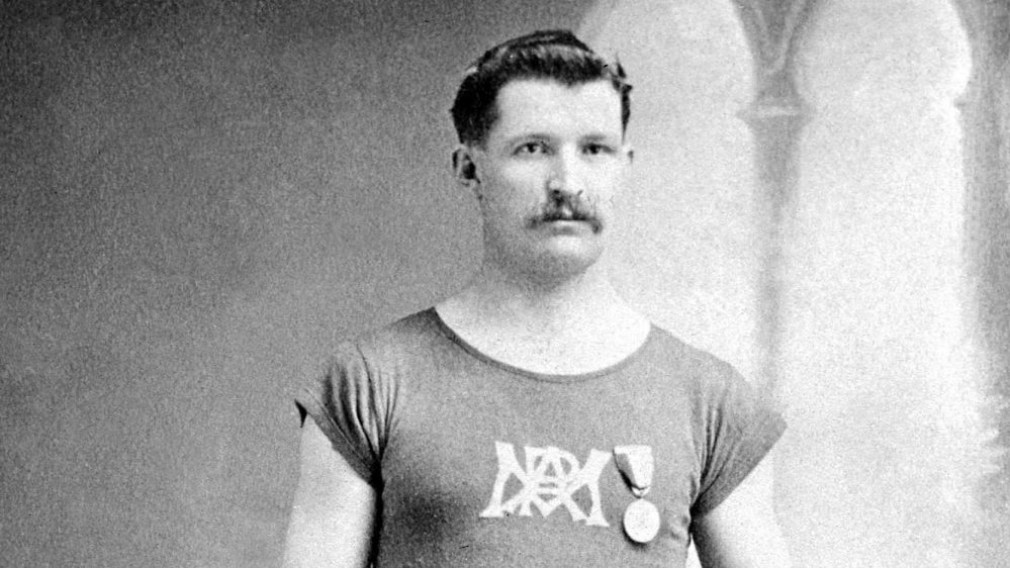 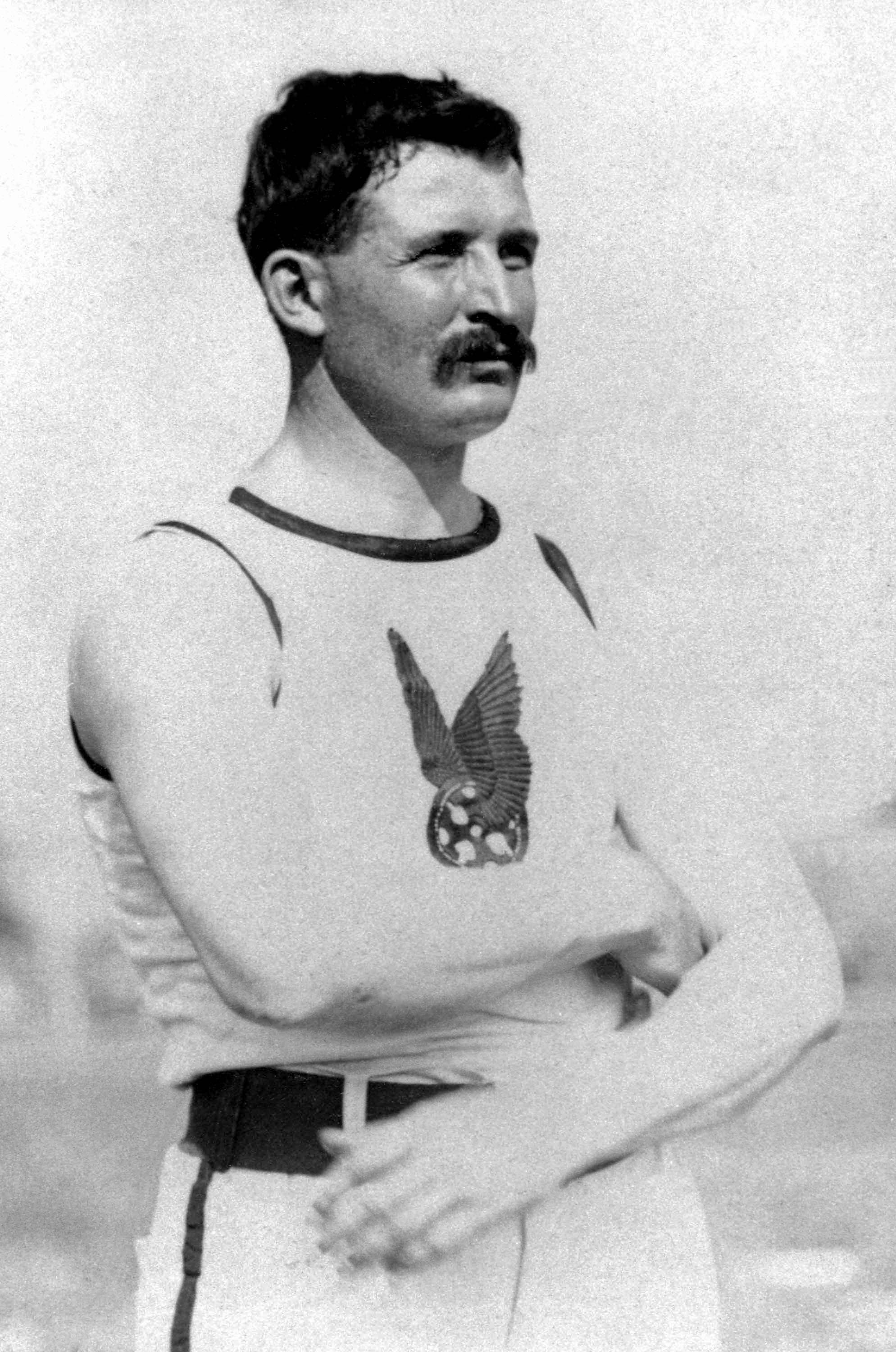 In order to compete at St. Louis 1904, Étienne Desmarteau had to request for a leave of absence from his job as a police officer in Montréal, and when it was denied, he went to the Olympic Games anyway, and lost his job. He entered the 56lb weight throwing competition as one of the favourites and his first attempt of 10.46m (34’4”) was enough for the victory over rival and defending Olympic champion American John Flanagan. Upon his return to Montréal, the newly crowned Olympic champion received a hero’s welcome and his dismissal notice from the police department was conveniently lost. It is believed that Desmarteau was Canada’s first Olympic champion, until it was discovered that Paris 1900 steeplechase champion George Orton, who ran for an American university, was also Canadian.

Desmarteau moved to Montréal at a young age and worked for Canadian Pacific Railway as a metal-caster prior to joining the police force in 1901. A member of the Montréal Athletic Club, Desmarteau won the 1902 American AAU Championships beating the eventual world record holder American Flanagan. A talented shot putter, caber tosser and 16lb hammer thrower, Desmarteau competed annually in the Police Games in Montréal, Toronto, New York and Boston. In 1902, Desmarteau became a hero saving four children and their parents in a store from a potential arsonist. He set a Canadian record in the 56lb weight throw in July 1905 and later in the year he succumbed to typhoid fever, before his 33rd birthday.

In his hometown of Montréal, a park, sports arena and district were named in Desmarteau’s honour. The Étienne Desmarteau Centre hosted the basketball preliminaries for Montréal 1976 and the District d’Étienne Desmarteau is part of the borough of Rosemont-La Petite-Patrie.