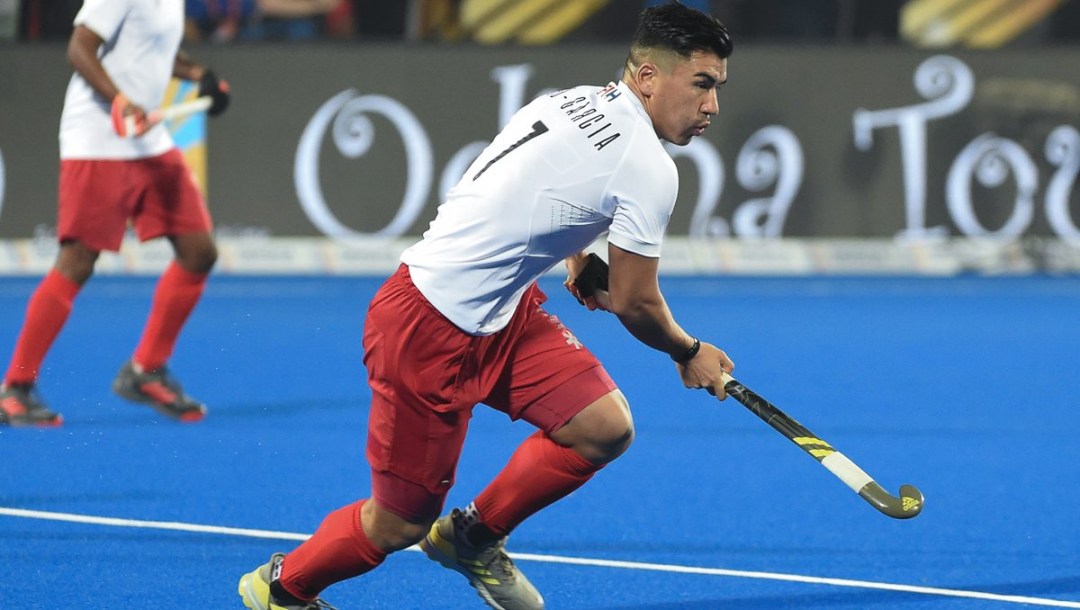 Gabriel Ho-Garcia has more than 140 senior national caps since making his debut at the 2011 Champions Challenge. He has since played for both the junior and senior national teams. In 2012 he helped Canada win silver at the junior Pan American Championship and then was part of the squad that competed at the 2013 FIH Junior World Cup.

He made his international multi-sport competition debut at the 2014 Commonwealth Games after being part of Canada’s second place finish at the 2014 Champions Challenge 1 in Malaysia, where he was named the best junior player in the tournament. In 2015, Ho-Garcia was part of the Canadian team that defeated New Zealand in a quarterfinal shootout at the FIH World League Semifinals. That win would eventually secure Canada’s qualification for Rio 2016. A few weeks later, Ho-Garcia was Canada’s leading scorer with five goals as the team won silver at the Pan American Games in Toronto. He was named to the All-Tournament team for the effort.

Ho-Garcia helped Canada to an 11th-place finish at both the 2016 Olympic Games and 2018 World Cup. In between, he was part of a top-10 finish in the 2017 World League. He was part of the Canadian team that defeated Ireland in an Olympic qualification tournament in Vancouver in 2019 as they booked their ticket to Tokyo 2020 in a shootout.

Ho-Garcia has played professionally since 2017, when he joined fellow Canadian Keegan Pereira at German club Uhlenhorst Mülheim. Together they would hoist the Bundesliga Championship in Ho-Garcia’s first season.

A Little More About Gabriel

Getting into the Sport: Started playing field hockey at age 8 after a friend told him about it and he was in need of a sport to replace soccer which ended in the spring… Outside Interests: Earned his Masters in Management from the IE Business School in 2019… Enjoys kayaking, videos games, music Odds and Ends: Nickname: Gabe… Listens to a Lana Del Rey pre-game playlist…