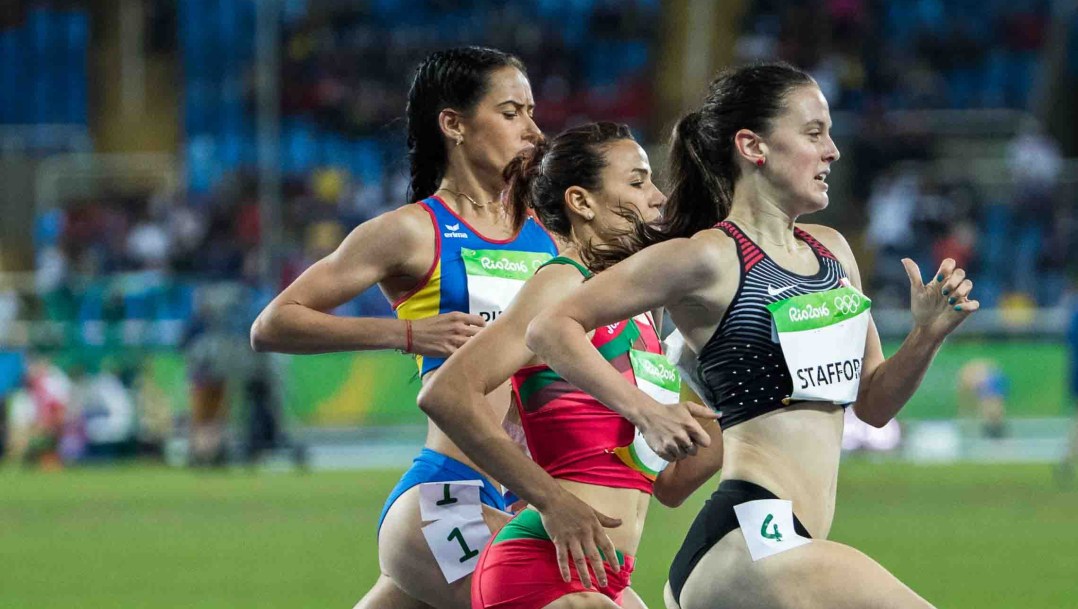 Gabriela DeBues-Stafford had a standout performance in her second Olympic Games, reaching the final of the 1500m at Tokyo 2020. Her fifth-place finish tied for Canada’s second-best result ever in the event.

In her first time racing as a senior at the Canadian Championships, DeBues-Stafford won the 1500m national title in 2016, just a month after running a then-personal best 4:06.53 to go under the Olympic entry standard for Rio where she made her Olympic debut. It was earlier in 2016 that she competed at her first senior IAAF World Indoor Championships in Portland,

DeBues-Stafford made her debut at the World Athletics Championships in 2017 where she advanced to the 1500m semifinals. That followed her winning a second national title and a first-place finish at the Prefontaine Classic in Eugene, Oregon.

Early in the 2018 season, she competed at the Commonwealth Games in Gold Coast, Australia before winning a third straight 1500m title at the Canadian Championships. She followed up with a bronze medal at the NACAC Championships in Toronto.

But her big breakout season came in 2019. DeBues-Stafford got it started by breaking the Canadian indoor 5000m record, taking 27.2 seconds off the previous mark. Less than a month later, she had broken the Canadian indoor mile record. When the outdoor season began in Europe, she broke the 16-year-old national record in the 5000m, eventually lowering it to 14:44.12 in September. She capped her season at the World Athletics Championships in Doha, Qatar where she advanced to the 1500m final and finished sixth with a national record time of 3:56.12, more than eight seconds under the Olympic entry standard.

As the Canadian junior silver medallist in the 1500m, DeBues-Stafford competed at the 2013 Junior Pan American Championships. She also competed at that year’s world junior cross country championships. In 2014 Stafford won the junior national title in the 3000m and broke into the top-10 at the IAAF World Junior Championships.

While running for the University of Toronto, DeBues-Stafford finished second in the 1000m and third in the 1500m at the 2015 CIS Track & Field Championships, she also finished second at the Cross Country Championships. In 2016 she won the CIS titles in both distances, earning outstanding female athlete of the meet honours, as the U of T women won the national banner. She would again win double gold at the U SPORTS Championships in her senior year, this time in the 1500m where she defeated her sister, Lucia, for gold and 3000m. She represented Canada at the 2015 Universiade and won silver in the 1500m.

A Little More About Gabriela

Getting into the Sport: Started running competitively in grade 4 when her school had cross country team tryouts… Outside Interests: Studied Psychology at the University of Toronto… Odds and Ends: Nickname: G… Younger sister Lucia is also a member of the Tokyo 2020 Olympic Team…