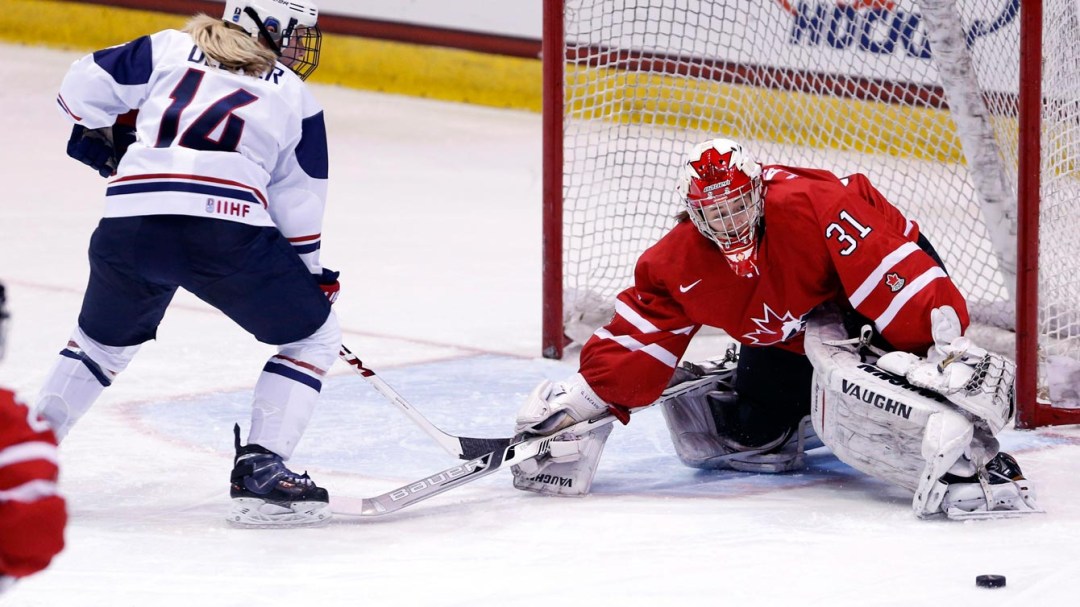 Geneviève Lacasse is one of three goaltenders that were centralized with the team in advance of the 2014 Olympic Winter Games. In Sochi, she dressed for one preliminary round game against Finland, though she did not see any game action. It was a different story at PyeongChang 2018 where she dressed for four games and started one in which she stopped 44 of 45 shots for a 2-1 preliminary round victory over the United States.

Lacasse has been a part of the national team program since 2009 when she attended the under-22 selection camp. She was the third goaltender for the Canadian team at both the 2012 and 2013 IIHF Women’s World Championships, winning gold and silver. At the 2015 Worlds, she shared goaltending duties with Ann-Renée Desbiens en route to the silver medal. She then served as a back-up at the 2017 Worlds, playing in one game as Canada won another silver medal.

Lacasse graduated from Providence College in 2012 after a four-year collegiate career that saw her rewrite the school’s goaltending record book. She had the most wins (64), most games played (127), most saves (3482) and most shutouts (20) for the Providence Friars. She was also the team captain during her senior year.

Lacasse joined the Boston Blades of the Canadian Women’s Hockey League for the 2012-13 season. In her rookie year the team won the regular season title as well as the Clarkson Cup. Lacasse was a major contributor to the success. She led the league in six goaltending statistical categories and was named the CWHL’s Goaltender of the Year. She captured another Clarkson Cup with Boston in 2014-15 and the following season was the league leader in saves and minutes played. Traded to the Calgary Inferno ahead of the 2016-17 season, Lacasse went on to be a finalist for CWHL Goaltender of the Year.

A little more about Geneviève

Getting into the Sport: Started playing hockey at age eight after visiting an activity fair where she picked it as her winter sport… Her older brother and his friends would always put her in net when they played road hockey… She played for a boys’ rep team because her house league wouldn’t allow her to play goal all the time… Outside Interests: Earned her MBA in Marketing from Providence College in May 2015… Enjoys painting, playing video games and board games, paddleboarding, woodworking, mountain biking… Coming from a military family, supports Forces and Families as well as True Patriot Love… Odds and Ends: Favourite female athlete is Canadian hurdler Perdita Felicien, who she admires for the way she handled herself after tripping on the first hurdle of the final at Athens 2004… As a high school athlete earned letters in cross-country, soccer and track and field… Looked up to  Martin Brodeur while growing up… Favourite motto: Your attitude, not your aptitude will determine your altitude…