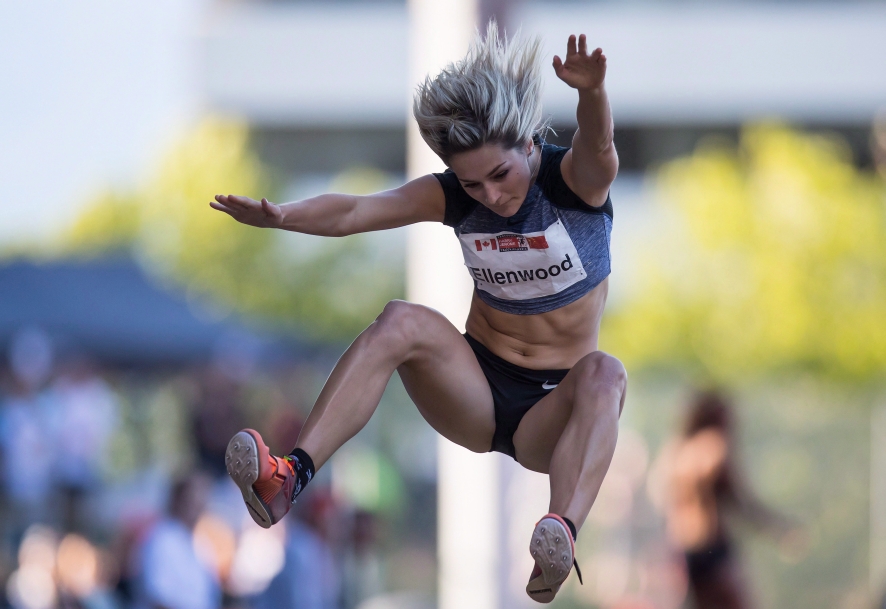 Georgia Ellenwood made her international debut for Canada at the 2011 Youth World Athletics Championships where she finished 12th in the heptathlon but was the top competitor in the 200m and the 100m hurdles. Later that summer, she won the U18 Canadian title. In 2012, she competed at the Junior World Athletics Championships, placing 18th in the heptathlon.

Ellenwood broke her foot on her jumping leg in 2017 and missed the entire outdoor season. She returned for her most successful year in 2018, winning the Canadian senior heptathlon title for the first time as she also won the Pan American Cup. She also won the heptathlon at the NCAA Championships while competing for the University of Wisconsin.

In 2019, Ellenwood made her first appearance at the famed Hypo-Meeting in Götzis, Austria. She returned to Götzis in 2021 and improved to an 11th-place finish. In late June, she recorded a personal best in the heptathlon, scoring 6314 points at a meeting Ratingen, Germany, on the strength of personal bests in the javelin, 100m hurdles, and 800m. In her Olympic debut at Tokyo 2020, Ellenwood recorded a personal best in the high jump en route to a top-20 finish.

Ellenwood was an eight-time All-American at Wisconsin. She is the school record holder in both heptathlon (6173 points) and pentathlon (4392 points). As a senior in 2018, she was named the Big Ten Field Athlete of the Year. While playing for the Badgers, she represented Canada at the 2015 Universiade, finishing fifth in the heptathlon.

A Little More About Georgia

Getting into the sport: Started competing in track and field at age 8… Outside Interests: Graduated from the University of Wisconsin in 2018 with a degree in sociology… Would like to pursue a career in human behaviour analysis, marketing, or public relations… Enjoys being outdoors, painting, going for a skate on her longboard, hiking the mountains of B.C.… Odds and Ends: Her jewelry is important to her when she competes; if she isn’t doing well she will change what she’s wearing; if she is doing well, it stays… Collects pins, and bumper stickers for her camper van…