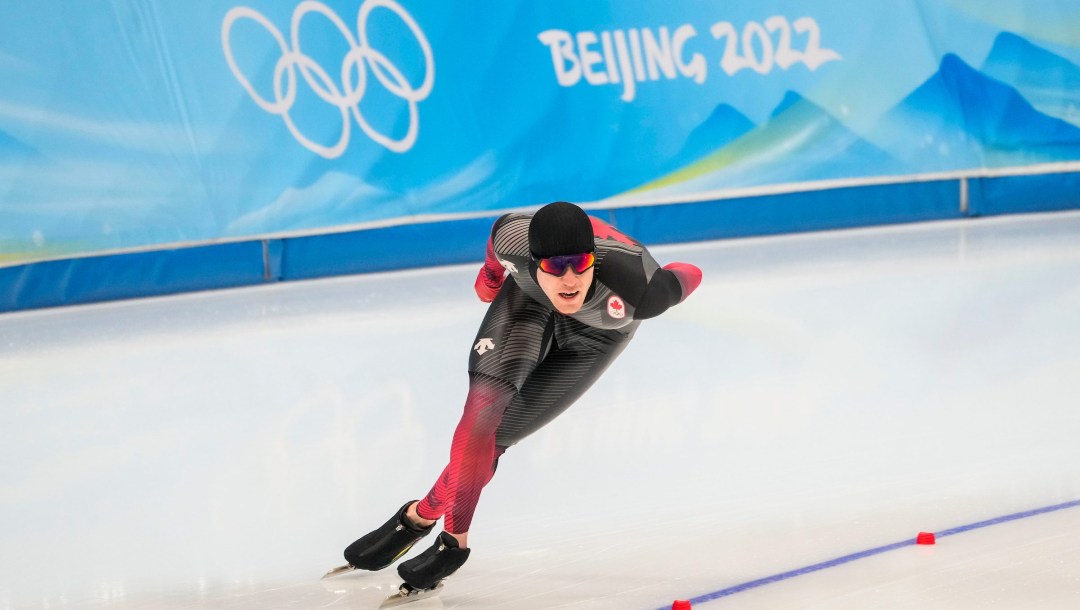 Graeme Fish had his breakout season in 2019-20, highlighted by his world record-breaking performance to win 10,000m gold at the World Single Distances Championships in Salt Lake City. His time of 12:33.86 took almost 2.5 seconds off the previous mark set by teammate Ted-Jan Bloemen in November 2015. At those same worlds, Fish also won bronze in the 5000m, sharing the podium with gold medallist Bloemen.

It had been earlier in the 2019-20 season that Fish earned his first career World Cup medals. At the third stop in Nur-Sultan, Kazakhstan, Fish won 10,000m bronze and was part of a silver medal in the team pursuit. He added a 5000m bronze in Calgary and a 5000m silver at the World Cup Final in Heerenveen to finish third in the combined 5000m/10,000m World Cup standings. Fish was named Speed Skating Canada’s Long Track Male Athlete of the Year for 2020.

Concerned about the ongoing COVID-19 pandemic, Fish decided not to compete in the World Cup/World Championship bubble in Heerenveen in January and February of 2021, focusing on training at home instead. In October 2021, he finished second to Bloemen in both the 5000m and 10,000m at the Canadian Long Track Championships. Fish was named to the World Cup team and competed at the first two stops, finishing fourth in the 10,000m in Stavanger. But a positive test for COVID-19 while in Norway forced him miss the last two pre-Olympic World Cups. Making his Olympic debut at Beijing 2022, Fish placed sixth in the 10,000m.

Fish made his World Cup debut in November 2017, competing in the season’s only 10,000m race in Stavanger. He attended three more World Cup events in 2018-19 ahead of his debut at the World Single Distances Championships that season.

Fish represented Canada at the 2017 World Junior Championships where he won bronze medals in the 5000m and mass start.

A Little More About Graeme

Getting into the Sport: Started speed skating at age 3 and began competing at age 5… As a kid, was scared of the sound of the starter gun so he always covered his ears… Used to prefer short track but at 15 realized that long track was better suited to his endurance abilities… Outside Interests: Studying Kinesiology at the University of Calgary… Enjoys watching movies, skiing, being outdoors hiking or mountain biking… Odds and Ends: Biggest role models are teammates Ted-Jan Bloemen (because he is so technically sound) and Jordan Belchos (for his unmatched work ethic)… Favourite motto: “Don’t let your dreams be dreams” -Shia Laboeuf… Won a 5000m silver with Team Saskatchewan at the 2015 Canada Winter Games…