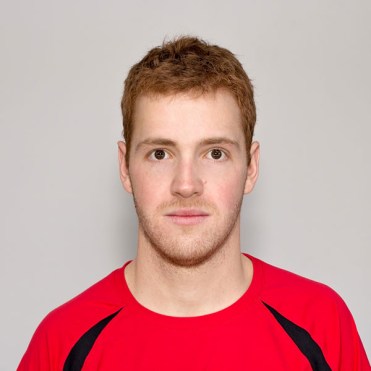 Graeme Schnell has won a record five men’s open titles at the Canadian University and College Championships. He was victorious in 2008 and 2009 before reeling off three straight wins in 2011, 2012 and 2013. Schnell also competed at the 2008 World University Championships.

Family: Parents Frank and Patricia Schnell… Younger brother Andrew Schnell is also a member of the 2015 Pan Am Games team as well as his coach… Sisters Blair and Keira… Getting into the Sport: Started playing squash at age 10… Liked that unlike in tennis, table tennis or badminton, he could hit the ball as hard as he wanted… Outside Interests: Enjoys reading, learning, water skiing… Graduated with distinction from the University of Calgary in 2013 with a Bachelor of Kinesiology… Has hosted charity squash camps for Right to Play… Odds and Ends: Role model is Rafael Nadal for his work ethic… Favourite mottos: “Success is very intentional and deliberate” and “If things aren’t adding up, start subtracting”…

Graeme Rinholm had always dreamed of competing in the 100m final at the Olympic Games, but during his university track...