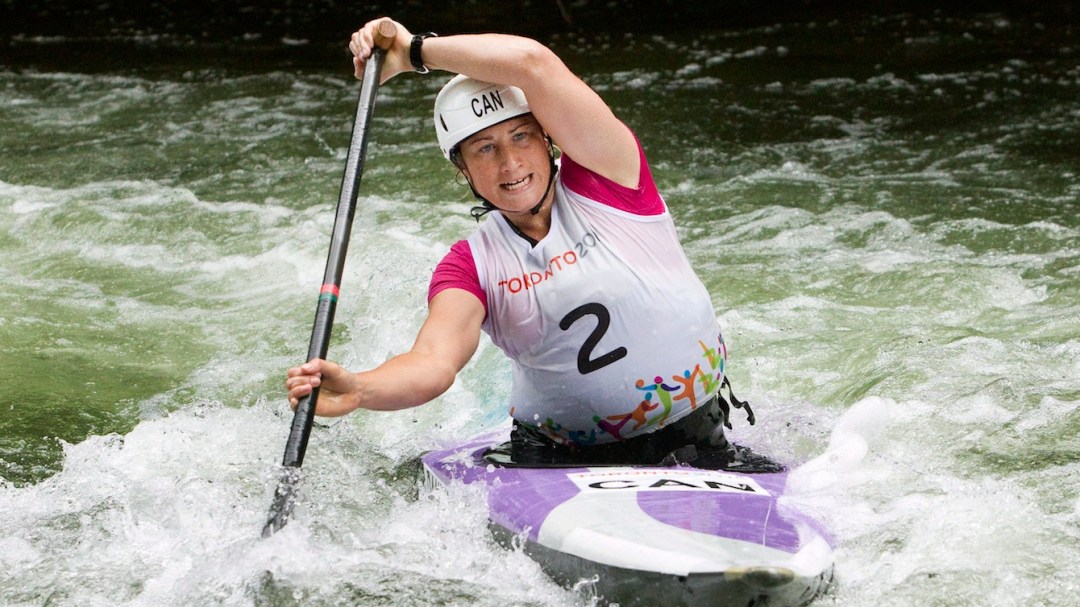 Haley Daniels won a historic bronze medal at the Toronto 2015 Pan American Games. In the first Pan Am Games to feature women’s canoe events, Daniels earned a spot on the podium in the women’s C-1 slalom event. Daniels has been a vocal advocate for gender equality in her sport and was among the female paddlers who lobbied for women’s canoe events to be added to the Olympic program. She was among the first women to compete in Olympic canoe slalom after winning a race-off against Lois Betteridge for Canada’s women’s C-1 spot at Tokyo 2020.

In 2017, Daniels won C-1 gold at the Pan American Championships and made her first World Cup Final. She dealt with a nagging shoulder injury throughout 2018 and ended up requiring surgery after the season. In October 2019, she posted a top-10 finish at the official Olympic test event for Tokyo 2020.

A little more about Haley

Getting into the Sport: Started paddling at age 10 and began competing at 14 in both canoe and kayak… As a child took many canoe trips with her family… Was drawn to it as a sport because of the adrenaline rush and being able to compete outside… Outside Interests: Attended Mount Royal University (Marketing major, Sociology minor)… Would like to work in sponsorship sports marketing… Enjoys drawing and cooking… Supports WaterAid Canada, Protect Our Winters, Fast and Female, and KidSport Calgary… Odds and Ends: Favourite quotes: “Experience is not what happens to you, experience is what you do with what happens to you.”(adapted from Aldous Huxley) & “Fail forward”… Father, Kimberly, an international technical official for canoe slalom, was a gate judge at Rio 2016 and will have that same role at Tokyo 2020… Inspired by Sarah Burke for being a pioneer for women’s equity and involvement in high performance sport… Has a spider tattoo on her wrist that she touches before starting a run… Collects bracelets, rocks and gems from around the world…