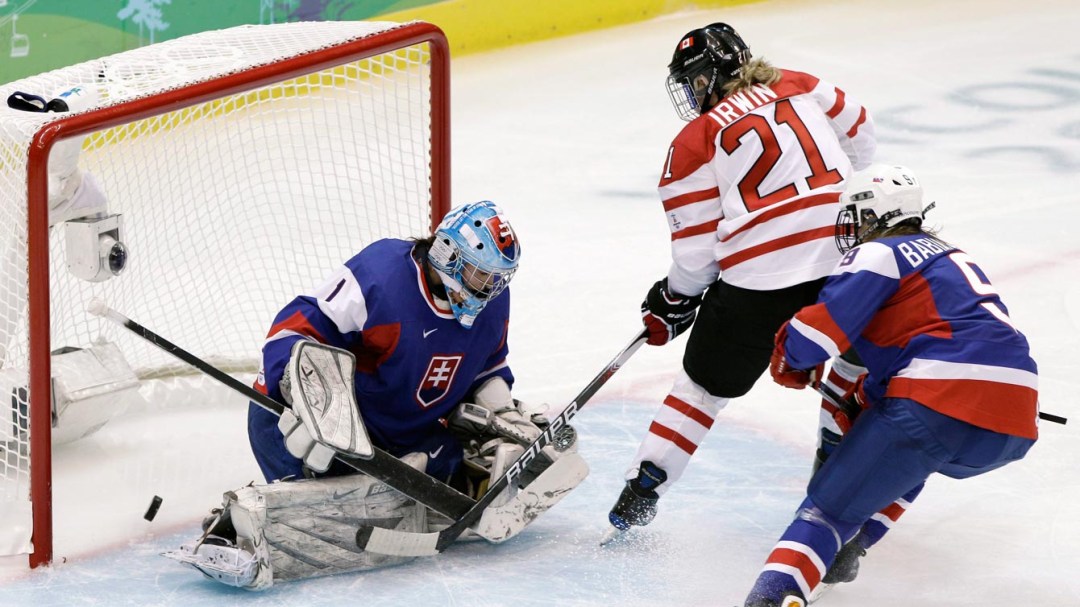 Haley Irwin has been a member of Canada’s National Women’s Team since 2007. After competing with the national under-22 team, she made her world championship debut in 2009, helping the team win silver. Since then, she has been a constant at the most important events, making her Olympic debut as part of the gold medal-winning squad at Vancouver 2010 and capturing two more world silver medals in 2011 and 2013 to go with a world title in 2012. She won her second Olympic gold medal at Sochi 2014.

Irwin was named to Team Canada for the 2015 World Championships but was unable to compete after suffering a concussion. Just as it looked like she was ready to return to the ice, a chronic hip injury turned worse, requiring surgery. Away from the national team for almost two years, Irwin returned at the 2016 Four Nations Cup and helped Canada win a silver medal at the 2017 World Championships. She scored two goals at PyeongChang 2018 en route to Canada winning the silver medal.

Irwin played her collegiate hockey at the University of Minnesota-Duluth. As a freshman in 2007-08 she led all NCAA first-years in points per game. She also helped her team win the NCAA national championship, scoring the championship-winning goal against Wisconsin. The following year she helped Minnesota-Duluth return to the NCAA Frozen Four. After being centralized with the national team in advance of Vancouver 2010, she returned to school in 2010-11 and was named a top-10 finalist for the Patty Kazmaier Award as the top female player in NCAA hockey. After graduation she was drafted by the Montreal Stars of the CWHL and helped the team reach the Clarkson Cup final in 2012-13. After Sochi 2014, she began playing with the Calgary Inferno and returned to the Clarkson Cup final in 2016-17.

A little more about Haley

Getting into the Sport: Started skating at age 2, taught by her grandfather, and started playing hockey at age 4… Followed her brother into the sport and played on the street with his friends during the summer… Was the first female player to make an AAA-level boys team in Thunder Bay… Outside Interests: Graduated from the University of Minnesota Duluth in 2012 with a Bachelor of Science in health education… Gives back to the game by coaching at a sports school… Enjoys playing golf and being active outdoors… Odds and Ends: Started to dream of competing at the Olympic Games after watching the Canadian women’s team compete at Nagano 1998… Favourite Olympic memory of watching the Games is the men’s and women’s hockey teams winning gold at Salt Lake City 2002… Growing up, wanted to be like Joe Sakic before becoming inspired by Cassie Campbell… Favourite motto: Enjoy every moment… Favourite quote: “When it rains, look for rainbows. When it’s dark, look for stars”…