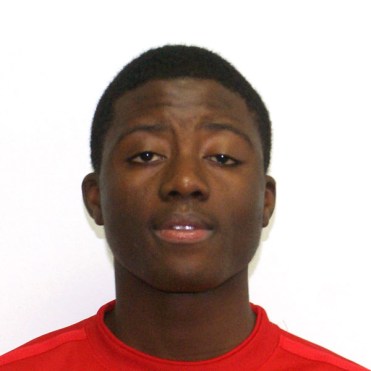 Hanson Boakai made his international debut at the 2013 CONCACAF Under-17 Championship where he helped Canada win bronze, scoring twice in four games while playing every minute. He also played in that year’s FIFA Under-17 World Cup and was nominated for Canadian under-17 player of the year. Boakai was a substitute for Canada at the 2015 CONCACAF Under-20 Championship, scoring one goal and adding an assist against El Salvador in the round robin. Boakai signed his first professional contract with FC Edmonton in 2013 and made his first appearance that June. At 16 years and 231 days, he was the youngest to ever play in the North American Soccer League.

Family: Parents Jackson Boakai and Esther Fayia… Has a brother and a sister… Moved to Canada in 2005 with his family to get away from war… Getting into the Sport: Started playing soccer at age 5 but says it was part of him when he was born… Outside Interests: Enjoys spending time with family and friends, watching soccer… Coaches youth soccer during the offseason… Odds and Ends: Favourite motto: “The light is at the end of the tunnel”… Favourite player is Ronaldinho because of his passion for the game… Likes to pray before he goes out to compete… Nickname: Dinho…