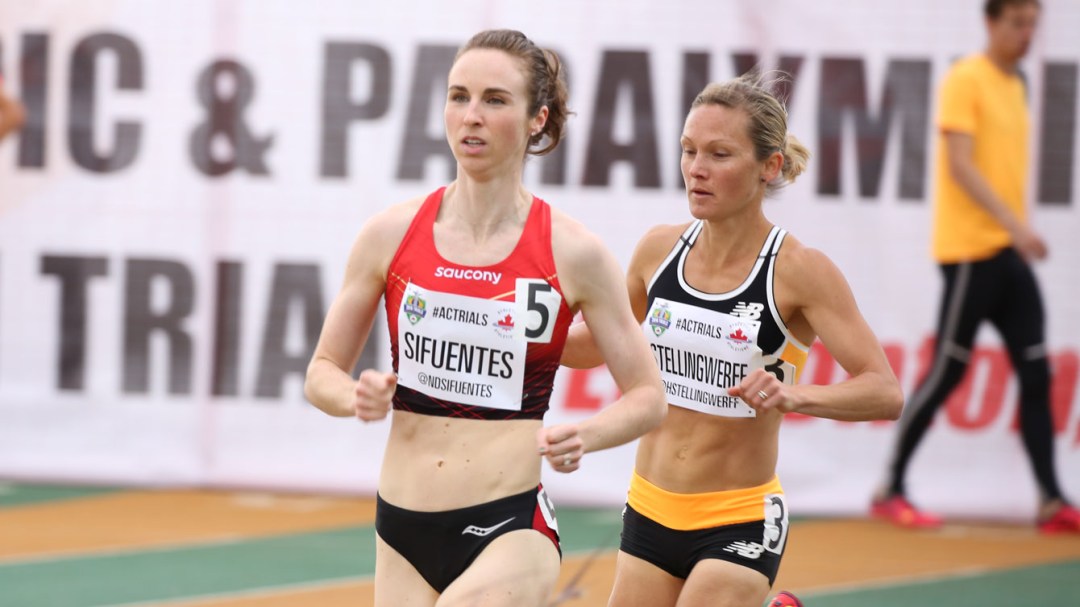 Since her first ever competition, where she saw a club teammate qualify for the world championships, Hilary Stellingwerff has been keen to see how far she could go. Since then, she has competed in multiple Canadian championships, holding a spot on the 1500m podium for eight straight years, which included gold medals in 2007 and 2008 to go along with five silver medals (2005-06, 2009, 2011-12) and one bronze (2010). After giving birth to son Theo in June 2014, she returned to competition in 2015, only to have to end her season early with a stress fracture in her left fibula. In 2016 she got herself back on the national podium, finishing third in the 1500m to qualify for her second Olympic Games. After making her IAAF World Championships debut in 2007, Stellingwerff made her first Olympic team in 2012. She had overcome food poisoning to set a personal best at the Diamond League meet in Rome to secure the Olympic entry standard. In London, she advanced to the semifinals of the 1500m.

Family: Parents Claire Letang and Mark Edmondson…Younger brother Joseph Letang… Husband Trent Stellingwerff is her coach and sport physiologist specializing in performance nutrition… Son Theo was born in June 2014… Getting into the Sport: Began running at age 10, becoming competitive at age 16… Had teachers and coaches who gave her the confidence to pursue it while her mother always encouraged her to try everything and set high goals… Outside Interests: Enjoys being outside in nature – running in the forest, camping, hiking – as well as cooking and travelling… Studied Journalism and Mass Communication at the University of Wisconsin – Madison… Studied Elementary Education at Western University and works as teacher… Assistant coach at the University of Victoria… Odds and Ends: Inspired by Haile Gebrselassie because of his positive attitude and unwavering self-confidence despite the ups and downs… Favourite motto: Dream big!