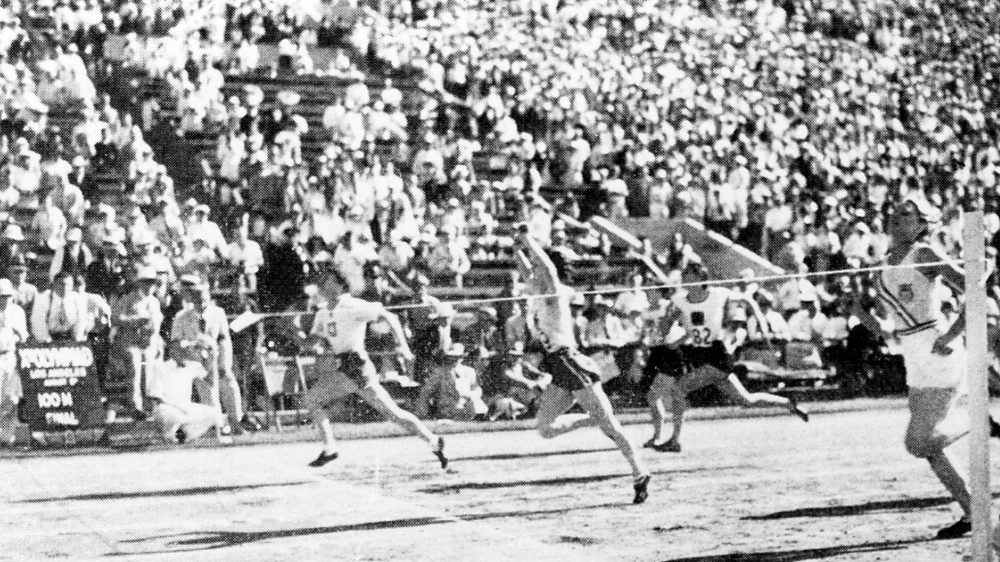 Entering Los Angeles 1932 having already matched the 100m Olympic record time earlier in the year, Canada’s Hilda Strike was a gold medal favourite. In the 100m final, Strike had an amazing start, lead for most of the race and had the gold medal within her grasp, but she was beaten to the line by Poland’s Stanislawa Walasiewicz, both woman having tied the world record. In the 4x100m relay final, Strike ran the anchor leg to win the silver medal with Canadian teammates Mildred Frizzel, Lilian Palmer and Mary Frizzell.

An all-round athlete, Strike participated in skating, swimming, softball, badminton, basketball and volleyball but her greatest talent was on the track. She was recruited to the sport when she was spotted in 1929 running the bases in a softball game by 1928 Olympic champion Myrtle Cook. She soon joined the Canadian Ladies Athletic Club in Montréal and in early 1930, she competed in the Canadian indoor athletics championships at the Coliseum in Toronto. With a very brief international career, the 1934 British Empire Games were Strike’s last major event winning silver medals in the 100 yards and the medley relay. With Myrtle Cook, she founded the Mercury Athletic Club in Montréal in 1933.

Strike retired from competing in 1935 and became a stenographer living in Ottawa with her husband Fred Sisson. In 1980, the 1932 Olympic 100m champion Walasiewicz was shot to death during a store robbery in Cleveland, Ohio and the autopsy discovered that she was a hermaphrodite, with both masculine and feminine characteristics. The International Association of Athletics Federations (IAAF) acknowledged that Strike was entitled to consider herself the world’s fastest woman at Los Angeles 1932 but no gold medal would be awarded. Her granddaughter reported, “You could see a special smirk on her face. She was thrilled to get the news that she was actually the fastest woman in the world on that day.” Just six months later, Strike died of a heart attack in Ottawa, at 78.

In 1932, Strike was voted Canada’s top female athlete as well as Montreal’s most popular athlete. In 1964, she was inducted into the Canadian Olympic Hall of Fame, and in 1972, Canada’s Sports Hall of Fame.