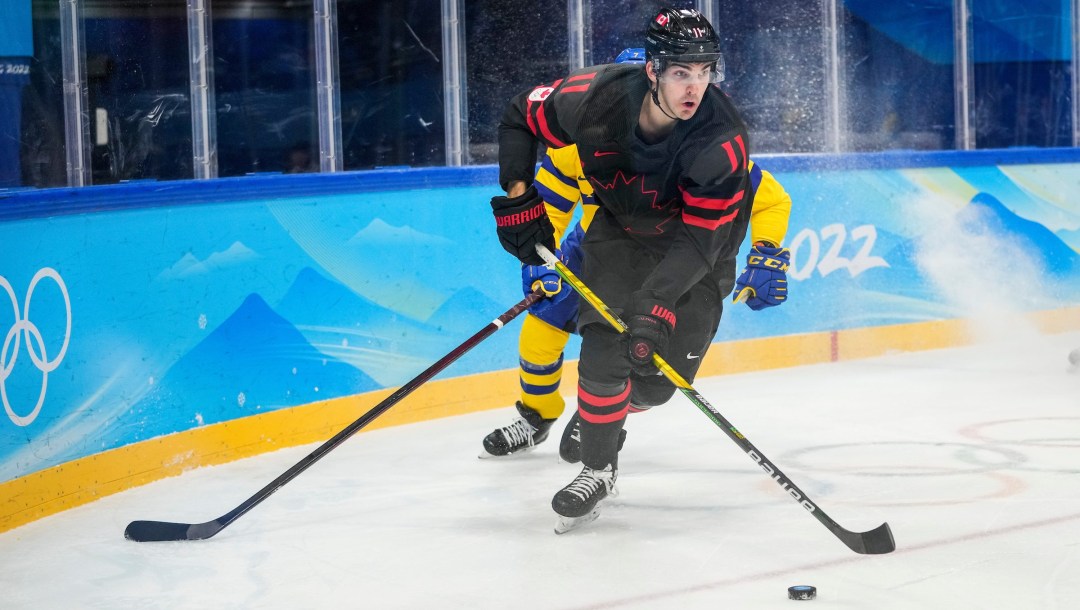 Jack McBain made his Olympic debut at Beijing 2022 where he recorded one goal and one assist.

McBain played twice at the World Junior A Challenge on the Canada East U-19 team, winning a silver medal in 2017. He also skated as a member of ‘Canada Black’ at the 2017 World U-17 Hockey Challenge. He won gold with the Canadian U-18 team at the 2018 Hlinka-Gretzky Cup, posting five points in as many games, and scored three points at the 2018 World U-18 Championship.

McBain played in the OJHL with the Toronto Jr. Canadiens, earning Top Prospect honours in 2018. He was taken in the third round, 63rd overall, by the Minnesota Wild in the NHL Draft that year. McBain was enrolled in the Carroll School of Management at Boston College where he also played collegiately. He was named assistant captain during his junior year. He helped the Eagles to consecutive Hockey East regular season titles in 2020 and 2021.