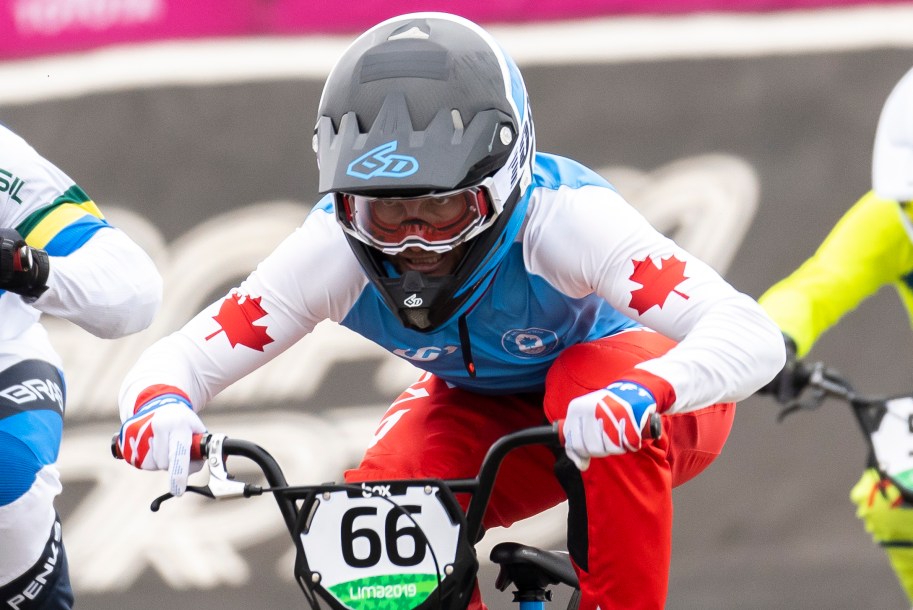 James Palmer became just the second Canadian man to ever advance to a World Cup BMX Supercross final when he placed sixth in Rock Hill in 2016. Palmer had finished a then-career best 20th at the UCI World Championships earlier that summer. He had debuted on the World Cup circuit in 2014 when he also made his first appearance at the UCI BMX World Championships.

Palmer has competed in every world championship since, posting his best result in 2017 when he advanced to the semifinals. He crashed while attempting a pass that would have gotten him into the final, and though devastated by the crash, the encouraging roar of the crowd is something he’ll never forget. He followed it up by reaching his second career World Cup final in Santiago.

In 2019, Palmer won his first Canadian BMX racing title and was part of Team Canada at the Lima 2019 Pan Am Games where he finished fifth, just 0.6 seconds off the podium.

After the COVID-19 pandemic cut the 2020 season short, Palmer was back on the World Cup circuit in 2021. He made his Olympic debut at Tokyo 2020 where he reached the quarterfinals.

A Little More About James

Getting into the Sport: Started racing BMX at age 6… Wanted to be a motocross racer but his mother thought it was too dangerous so a friend presented BMX as a safer alternative… Outside Interests: Hosts a weekly BMX podcast, Coffee Chatter, with two-time Canadian Olympian Tory Nyhaug… Loves playing golf… Odds and Ends: Biggest athletic role model has been his friend and training partner, Tory Nyhaug… Favourite mottos: “He who says he can, and he who says he can’t are both usually right” / “Train like you’ve never won, Race like you’ve never lost”… Likes to wear red on race days, just like Tiger Woods…