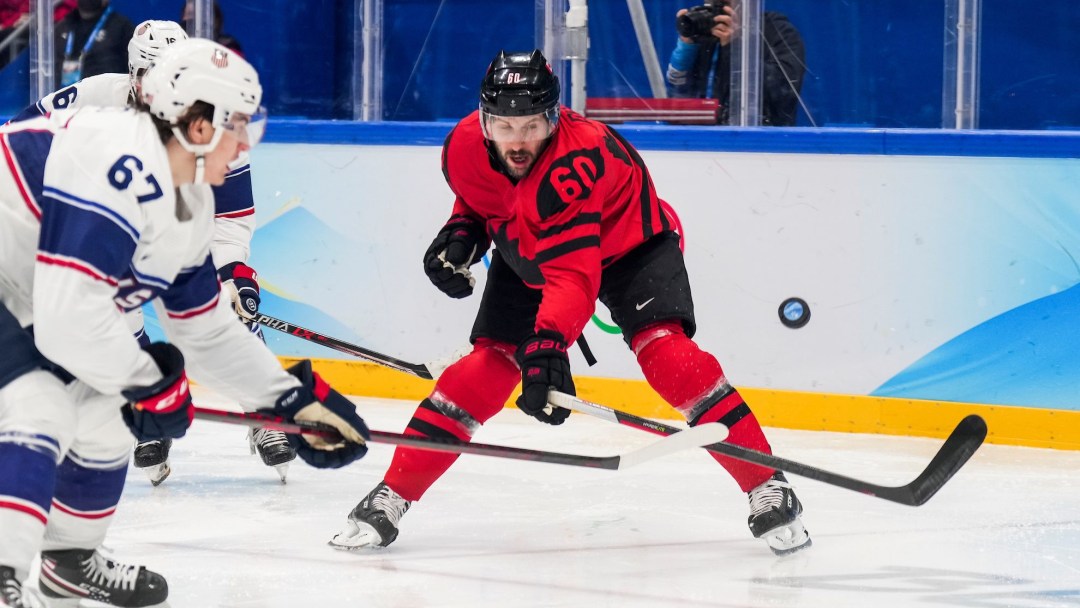 Jason Demers made his Olympic debut at Beijing 2022 where he tied for second in the tournament with a +7 while recording two assists.

Demers first wore the red and white as part of Canada’s championship team at the 2012 Spengler Cup. In 2017, he won a silver medal with Team Canada at the IIHF World Championship. Ahead of Beijing 2022, Demers competed in the 2021 Channel One Cup with Canada, finishing third.

Demers began his junior career with the Moncton Wildcats before a trade to the Victoriaville Tigres. In his last season of junior in 2007-08, he led the QMJHL in points by a defenseman. He would be taken in the seventh round, 186th overall, by San Jose in the NHL Draft that summer.

He joined the Sharks’ minor league team in Worcester before getting called up to the NHL club in 2009-10. He spent the next five seasons manning the blueline with San Jose before a trade to Dallas in 2015. Following the 2015-16 season in Dallas, he joined Florida before being dealt to Arizona in the 2017 off-season. He played with the Coyotes until the conclusion of the 2020-21 season. In his 11 seasons in the NHL, Demers played 699 games, scoring 45 goals and 214 total points. He also appeared in 61 playoff games.

Demers played with Finnish club Karpat during the NHL partial lockout of the 2012-13 season. He went back overseas in 2021, signing with Ak Bars Kazan. He appeared in five KHL games before getting his call to the Canadian Olympic team for Beijing 2022.