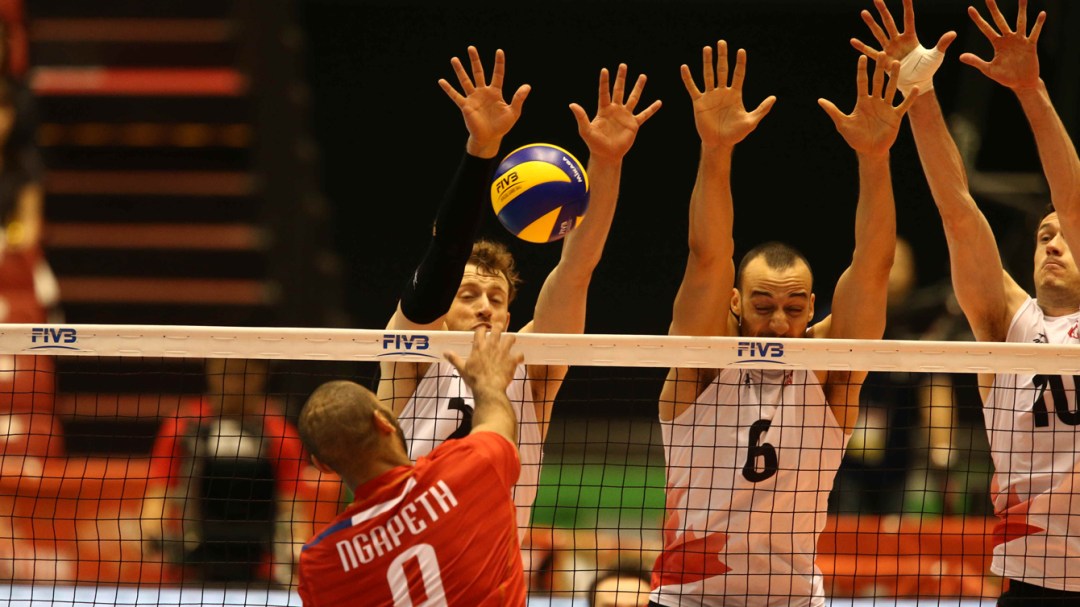 Jay Blankenau made his international debut at the 2009 FIVB U21 World Championship. He competed at a pair of Pan American Cups before making his FIVB World League debut with the senior national team in 2014. For three consecutive years, he and Canada finished just outside the top-12 playoffs before breaking through for a best-ever bronze medal performance in 2017.

Blankenau made his Olympic debut at Rio 2016, helping Canada to its best Olympic result in men’s volleyball since Los Angeles 1984. In 2018 he competed in his first FIVB World Championship as Canada finished ninth. He has also been part of Canada’s three straight top-10 finishes in the FIVB Nations League since it began in 2018.

Due to a back injury, Blankenau was forced to sit out Canada’s first chance at Tokyo 2020 qualification in March 2019. He ended up having surgery in August 2019 but was able to rehab to be healthy enough to help Canada go undefeated at the NORCECA Continental Qualifier in January 2020, earning their second straight Olympic berth. Blankenau was awarded Best Setter of the tournament. Canada finished eighth at Tokyo 2020 after making it to the quarterfinals.

Blankenau began playing collegiately at Mount Royal University, winning the 2008 CCAAA Championship and being named a CCAAA All-Canadian before transferring to the University of Calgary. He helped the Dinos to the 2010 CIS Championship, where he was named a tournament all-star, and the 2011 CanWest Championship. During his years at U of C, he also represented Canada at the 2011 and 2013 FISU Universiade, finishing fourth and fifth, respectively.

Since turning pro in 2013, Blankenau has played in Greece, the Netherlands, Germany, Belgium, Turkey, and Poland. Some of his overseas highlights include winning the treble with Dutch club Lycurgus in 2016 and back-to-back Belgian Liga A titles with Maaseik in 2018 and 2019.

A Little More About Jay

Getting into the Sport: Started playing volleyball at 13… As a setter, he liked the ability to control the game. Also loved being a part of teams at school…. Almost skipped out on joining the junior national team because he would have ‘missed out’ on summer with friends at home. A few coaches and his mom had a big impact in him going. He made the team and has wanted to represent Canada at the Olympics ever since… Outside Interests: Enjoys watching movies and TV, spending time at his cabin by the lake… Graduated from the University of Calgary… Odds and Ends: Favourite motto: “Do what you’ve always done, get what you’ve always got”…