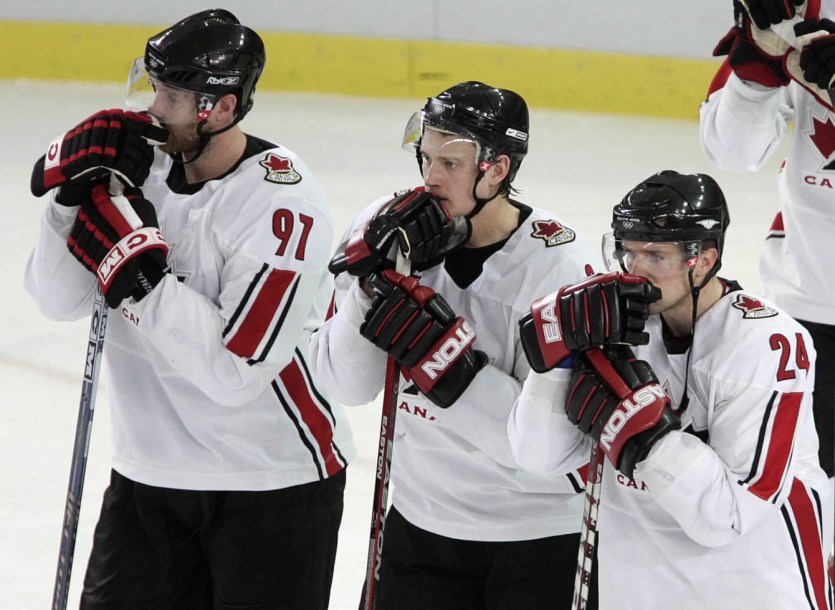 Jay Bouwmeester has represented Canada internationally on numerous occasions, dating back to the 2000 IIHF World Junior Championship when he became the youngest Canadian to ever participate in the tournament at age 16 years, three months. He shares the Canadian record with three straight medals at the World Juniors, winning two bronze and one silver.

After his NHL rookie season in 2002-03, Bouwmeester made his debut at the IIHF World Championship, helping Canada win gold and earning Best Defenceman honours. He made it back-to-back gold medals for Canada in 2004, scoring the championship-winning goal against Sweden. Bouwmeester would also be a part of Canada’s winning team at the 2004 World Cup of Hockey.

Bouwmeester made his Olympic debut at Turin 2006 when he was a late addition to the roster as an injury replacement. Bouwmeester has competed at two more IIHF World Championships, in 2008 and 2012, winning silver in 2008 .